AN EXCEPTIONAL MONTH DURATION EMPIRE STYLE QUARTER STRIKING CARRIAGE CLOCK BY THIS PUPIL OF BREGUET.  CIRCA 1840.

Month duration carriage clocks are exceedingly rare.  Indeed this is the first such clock I have had the pleasure of owning.  As well as being month duration, it is also quarter striking.  This is even more unusual.

The case which is of late Empire style has beautiful engraving to the top and to the edges of the rear door, and the other three glass apertures.  It has fine reeded columns to each of the four corners and stands on a plain base with flat bun feet.  The base of the clock underneath has a well pierced sound fret.  The gilding is excellent.

The white enamel dial is signed for the maker ‘Coüet’.  It has Breguet style hands and a segment at the base of the dial showing the state of wind between 0 and 30 days.

The movement is beautifully executed.  It is signed on the backplate ‘Chles Coüet Eleve de Breguet, Paris’ and numbered 4828.  It is also stamped for the maker on the inside of the front plate.  It employs a fine chain fusee for the going train which has maintaining power, and an extremely large standing barrel for the strike.  It has a most unusual winding mechanism for the striking train with two meshing click wheels mounted on the backplate.  It strikes the quarters on two bells and repeats grande sonnerie.  There is a strike silent lever on the top right of the backplate.

The chronometer standard lever escapement is mounted on top of the plates with a large silvered platform and a blued steel helical spring.    The double split bi-metallic balance wheel has poising screws.  The beautifully finished strike work is all mounted behind the dial.  The whole clock is exceptionally heavy weighing some four kilos.
The clock comes with a period travel case.

The maker Charles Coüet was one of Breguet’s pupils and is noted as working for a long period between 1812 and 1867.  It is noted that he showed carriage clocks at the London Exhibition of 1862 and in 1867 he was noted as working from 5 Rue Faubourg Saint-Honore.    He was a founder member, together with his father, of La Société des Horlogers which was founded in Paris in December 1856. 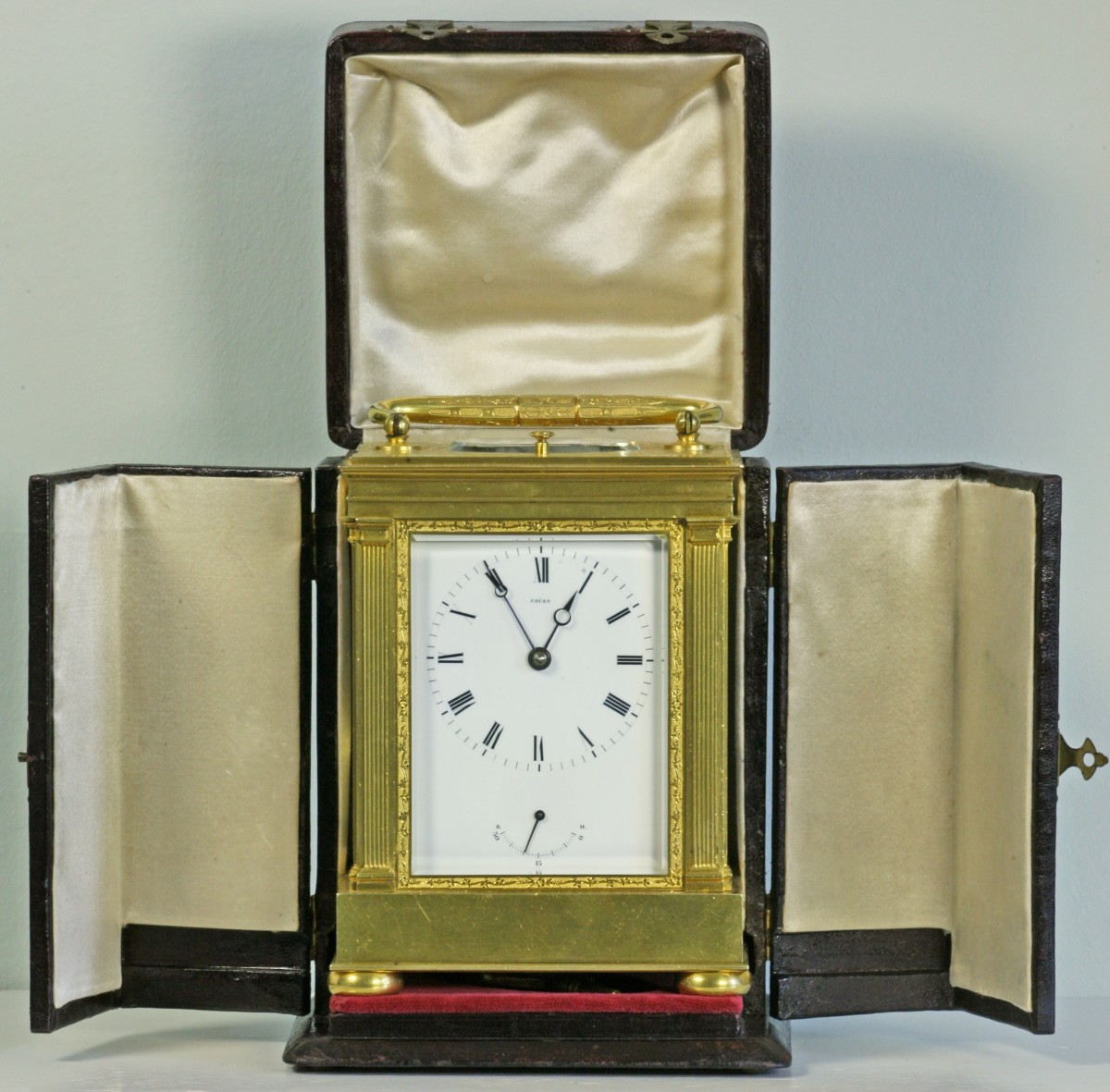 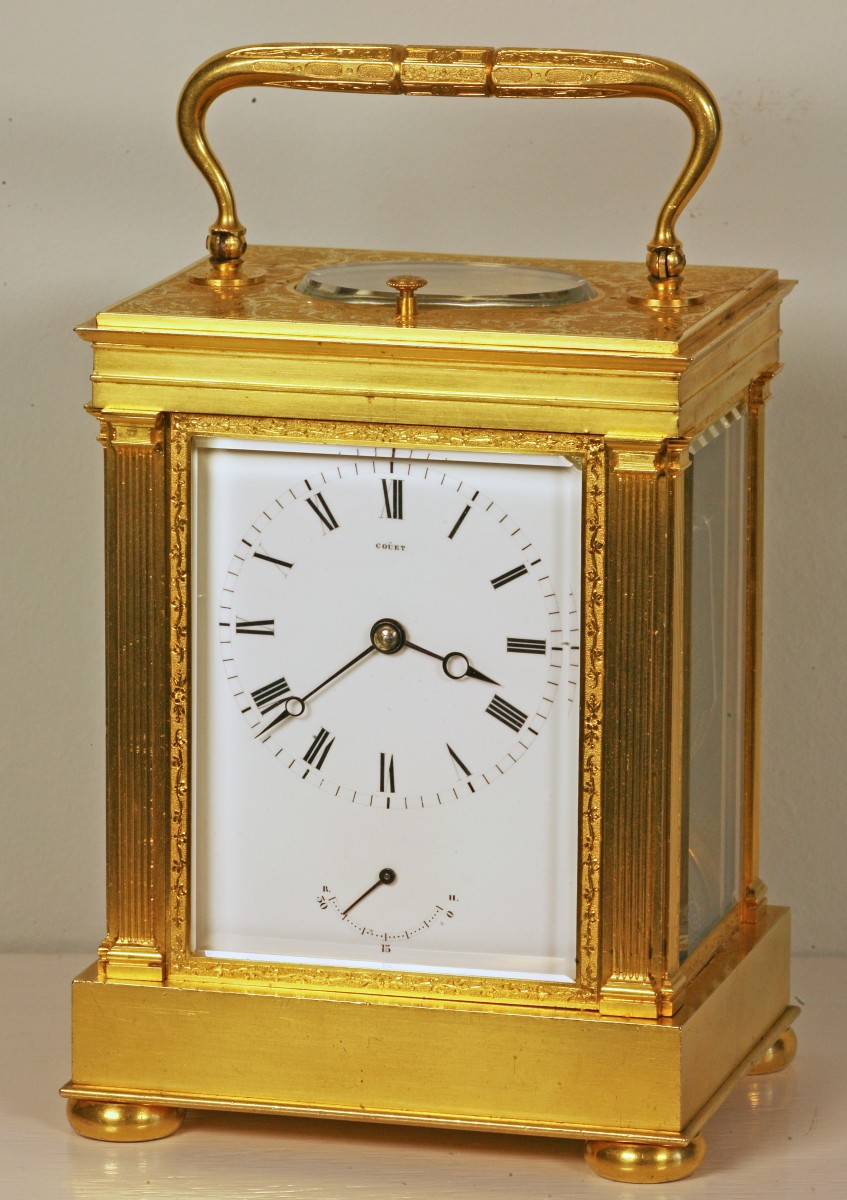 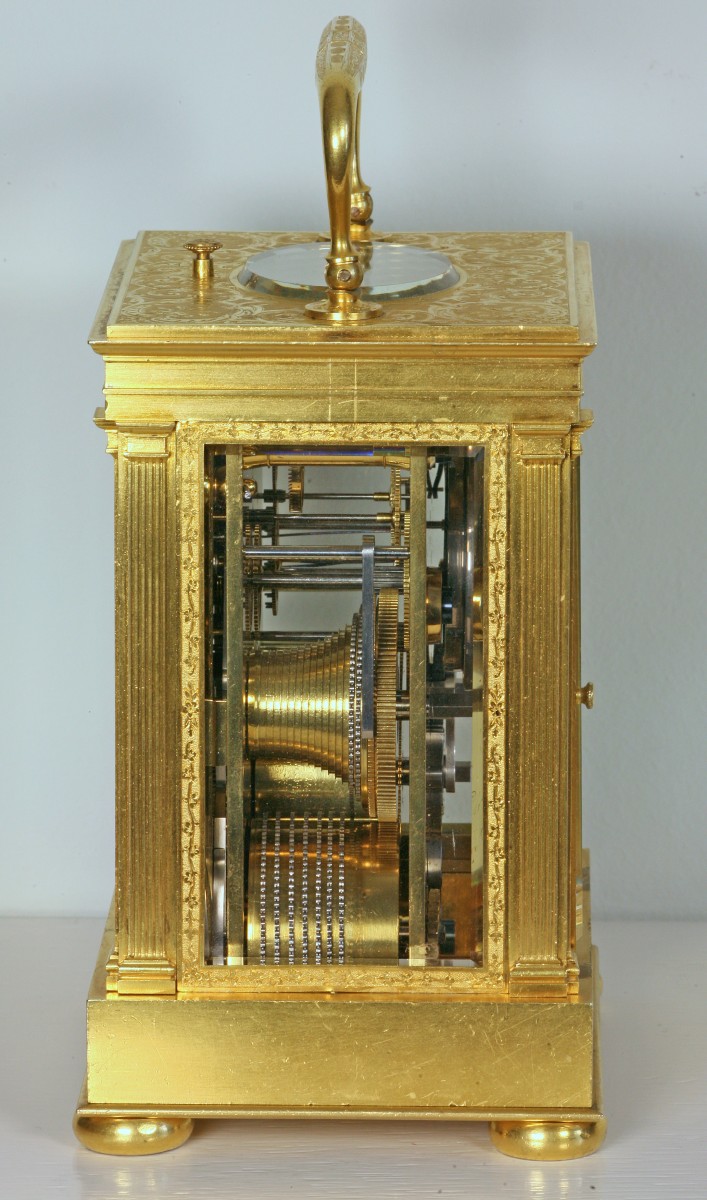 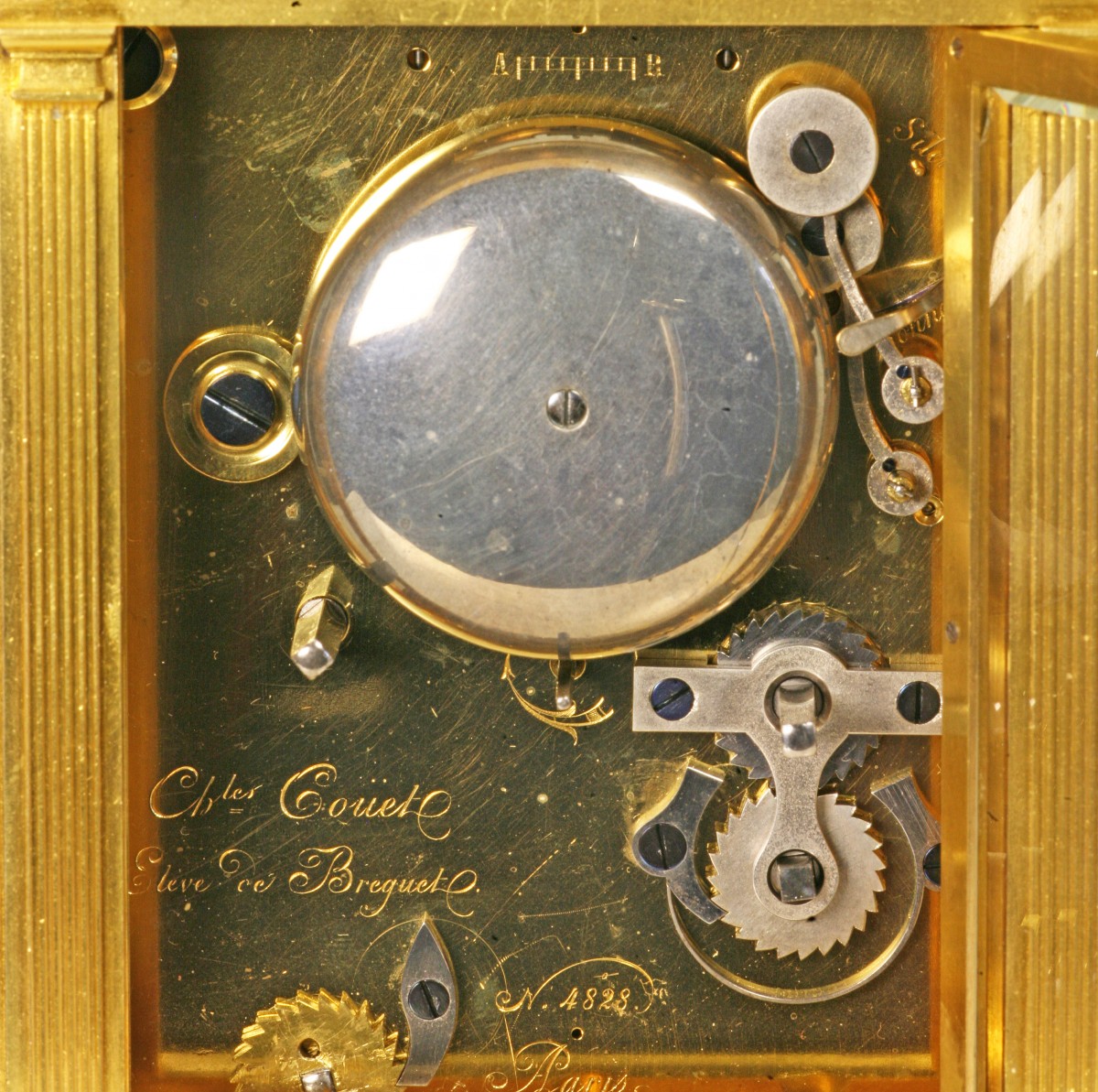 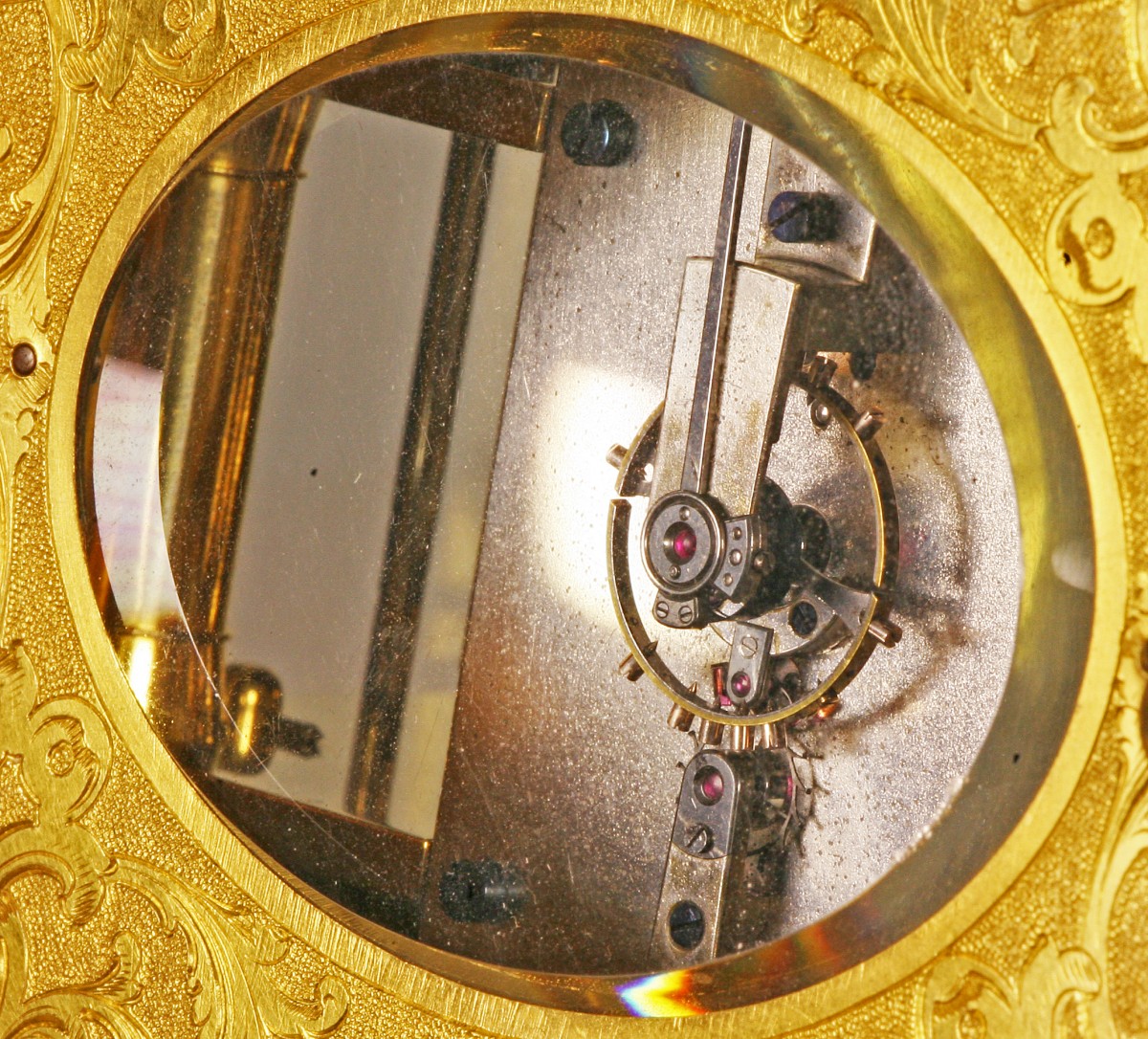