AN EXCEPTIONAL GRANDE-SONNERIE CARRIAGE CLOCK, NO 118, WITH CHRONOMETER ESCAPEMENT.  CIRCA 1830.

The white enamel dial has centre seconds and Roman numerals, with blued steel moon hands.  Below the main dial are two subsidiary dials for alarm and date, all set within a finely engraved gilt mask.

The eight day duration spring barrel movement, numbered 118, has grande-sonnerie night striking changing to petite-sonnerie day striking automatically, sounding the hours and quarters on two bells, with the strike levers made from the finest Swiss steel, all mounted on the backplate.  The silence/sonnerie lever is situated under the base.   On top of the movement, viewable through the top glass, is the seconds beating pivoted detent escapement with a five-arm steel balance and gilt platform.

An extraordinary feature on this clock is the use of a central second hand, beating dead seconds; this may be unique as all of the other Courvoisier/Klentschi clocks we are aware of with seconds display do so on a subsidiary seconds dial below XII and beat half seconds. As this clock is unsigned it is impossible to be certain whether it was by Klentschi or Courvoisier, as the clocks by them are almost identical to each other, and to this clock.  However, the low number on the clock would suggest it is more likely to be by Klentschi.

See ‘Carriage Clocks their History and Development’ by Charles Allix, page 311 and ‘Carriage and other Travelling Clocks’ by Derek Roberts where on page 242 & 243 there is a similar example by Courvoisier.

Frédéric Alexander Courvoisier, (1799 – 1854), was born at La Chaux de Fonds, Switzerland, into a family of watch and clock makers. He received his horological education from Charles Frédéric Klentschi and Henri Maillardet, both of whom had worked for the Courvoisier firm. He eventually took on the commercial aspects of the family business, travelling extensively in Europe and the East in support of existing markets, and to establish new outlets for their products. He was politically active, and is probably best known for his participation in the peaceful revolution of 1st March 1848, as leader of the troops marching on the castle at Neuchâtel to overthrow the existing government. 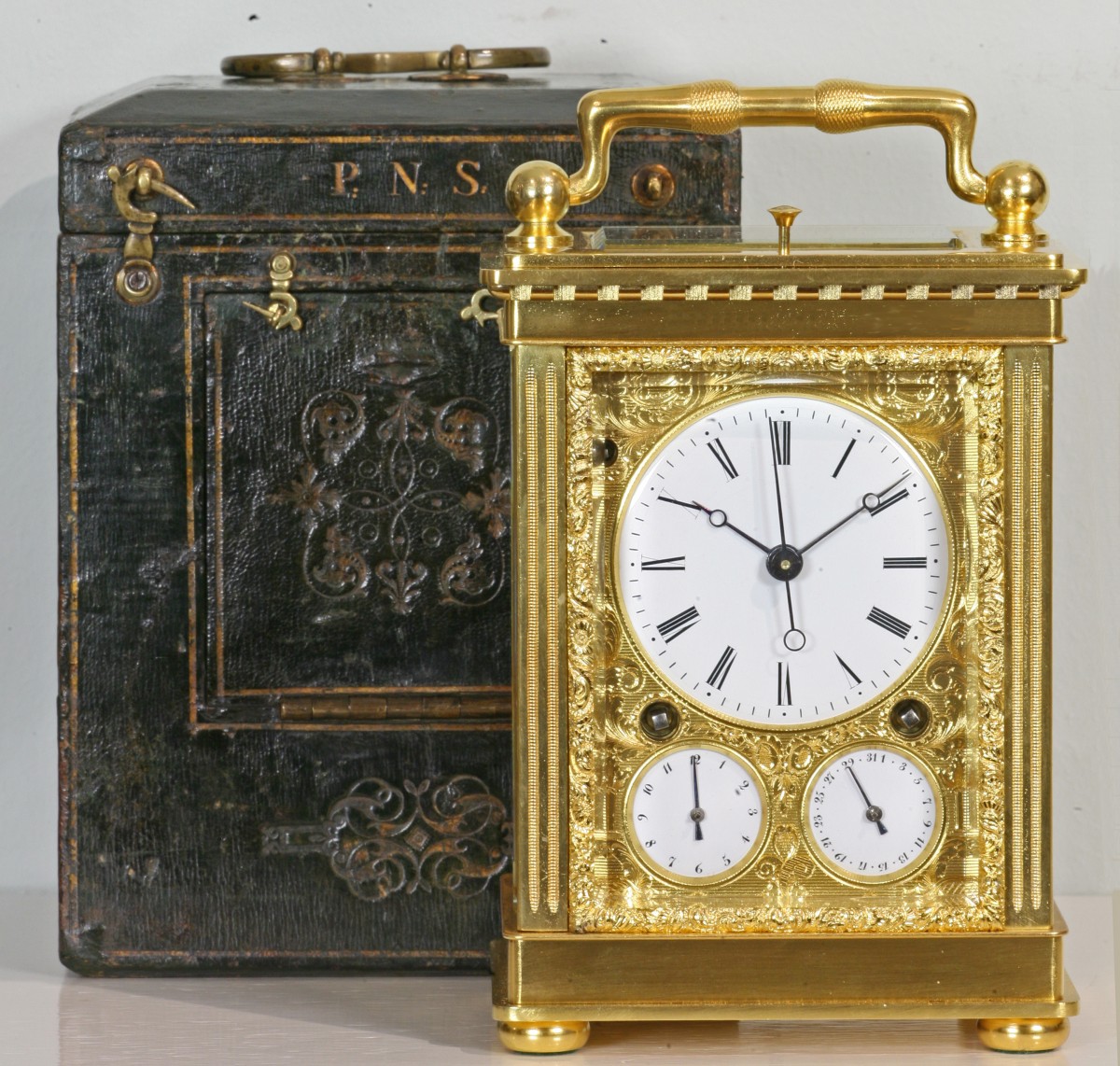 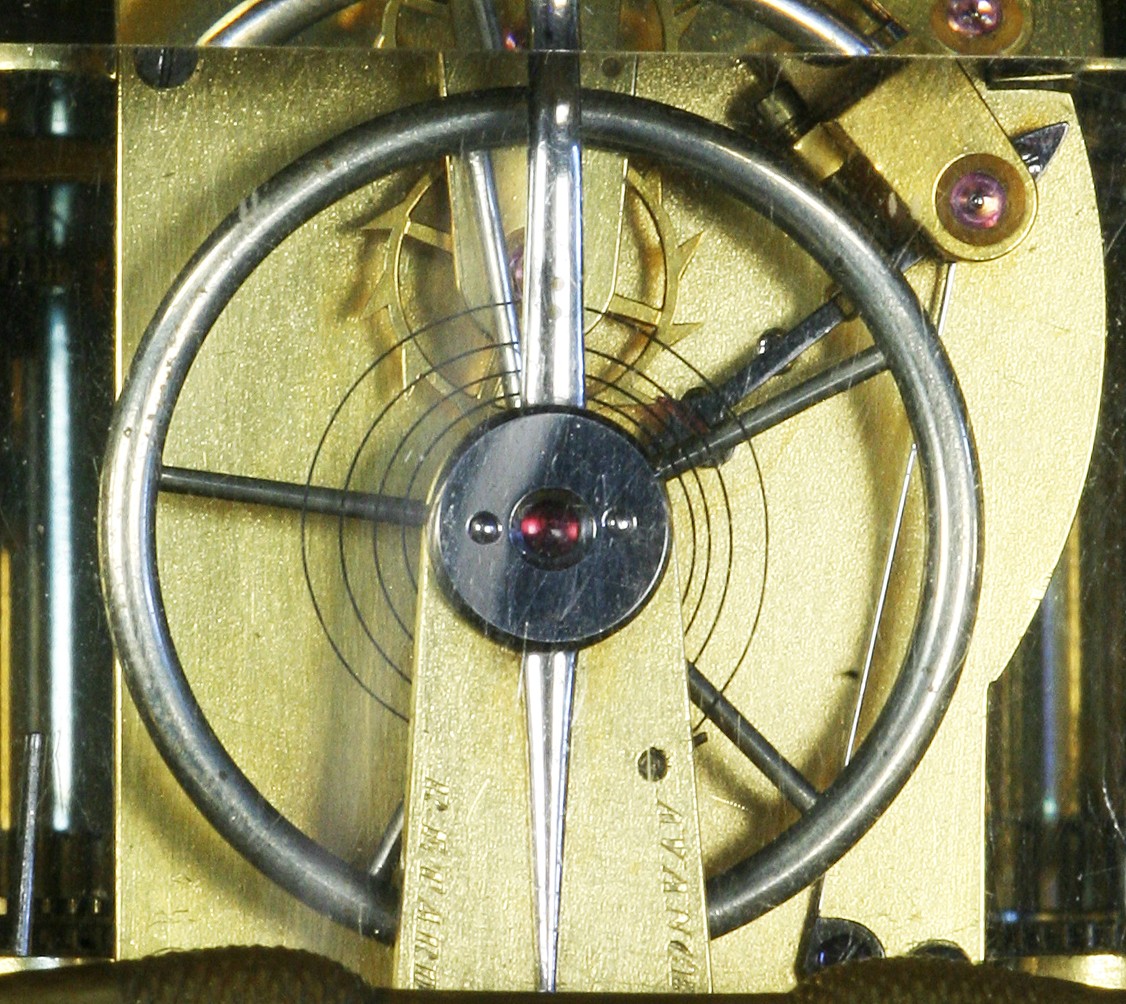 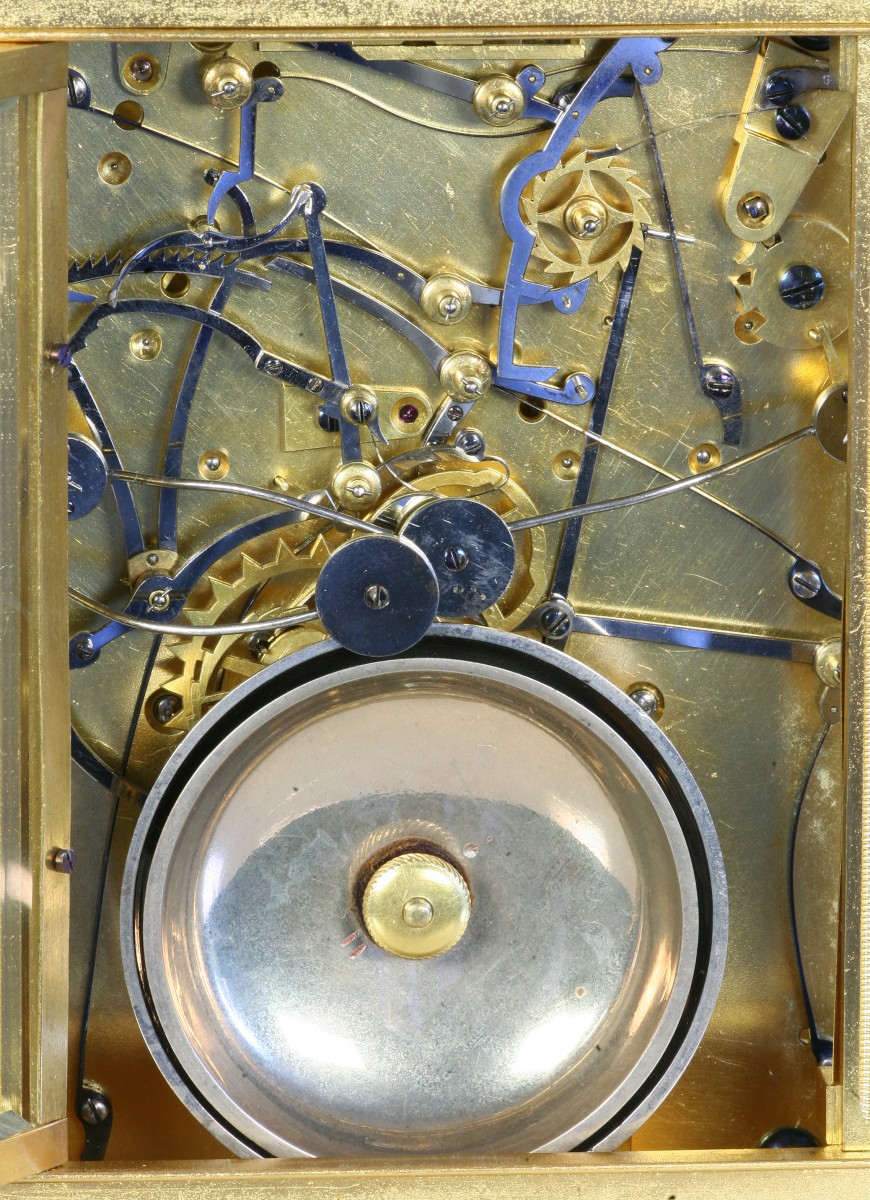 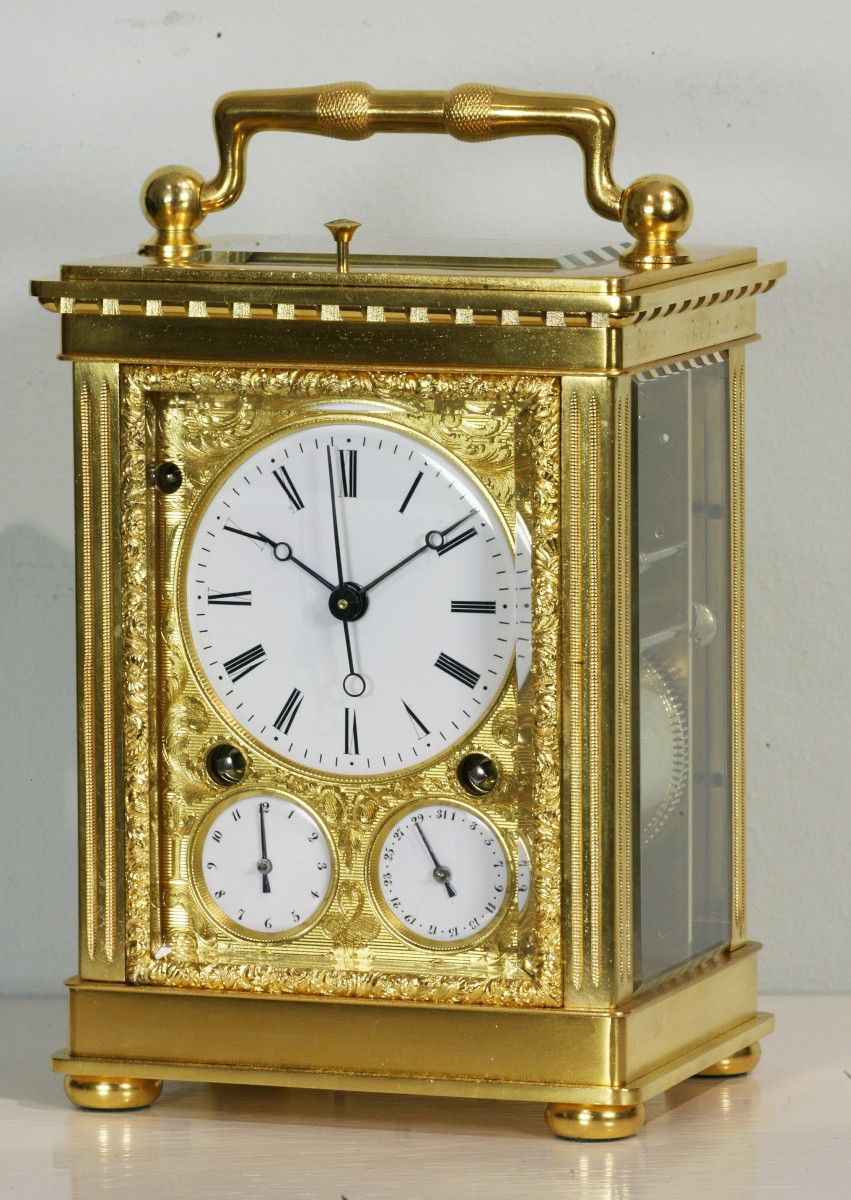 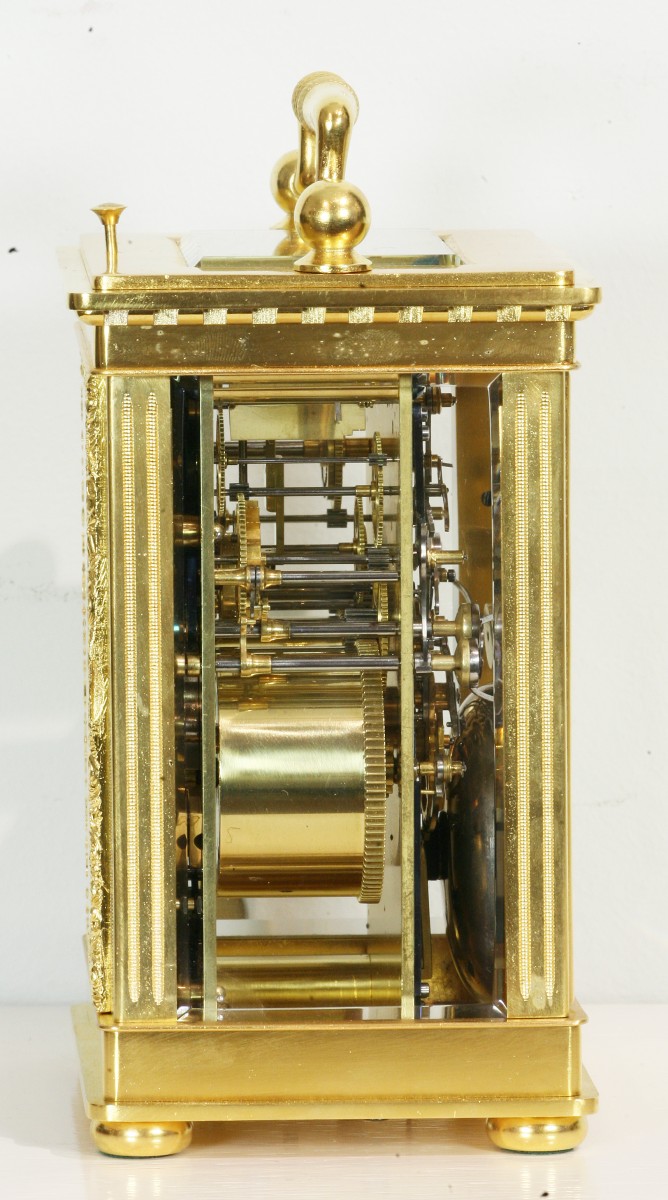