A FINE AND RARE EARLY CARRIAGE CLOCK WITH DATE AND ALARM, WITH ITS ORIGINAL TRAVEL CASE.  CIRCA 1830.

An early French multi-piece carriage clock. The extremely elegant and understated case of gilded brass has thin corner columns at the front, large glazed panels to the sides and top, and a solid gilded back which incorporates shutters for the winding hand set squares, a slide for fast and slow regulation, and a further lever for strike/silent. It has a thin and attractive folding carrying handle.

The elegant enamel dial is very well laid out with large secondary dials at the bottom for the date and the alarm, and the main dial with finely painted Roman numerals filling the top part of the dial. The arrow shaped hands are well fretted and beautifully finished.

The eight day movement is signed on the side of one of the plates for the maker Blondeau a Paris, and is numbered on the back plate 819 which is the same number as is found on most of the case parts. The clock strikes the hours and half hours on a bell. The clock is also fitted with a gong which is used for the alarm. The strike work mounted under the dial is in an early and unusual form, as is sometimes found on the pre-factory made French carriage clocks. It is of a most unusual design which does away with some of the lifting pieces and levers that are found on the factory produced clocks, but would in fact have been an expensive form of striking to produce, hence the reason why it was superseded in later years by the more standard form found on clocks by Le Roy, Drocourt and all the factory makers. It has a lever platform escapement with a plain balance wheel which is somewhat individual in its design.

The original travel case is of an early design and extremely attractive with a domed lid and brass carrying handle.

Clocks by Blondeau, who exhibited in Paris between 1827 and 1837, are exceedingly scarce. A small number are known, some of which are in the style of the Breguet carriage clocks of the time, as Blondeau was working during the lifetime of Breguet and indeed exhibited his clocks at the same exhibitions.

The maker, Blondeau, was one of the few makers who in the 1820s and early 1830s exhibited carriage clocks at the Paris Exhibitions. Very few examples of his work are known and this carriage clock underlines the fact that his clocks were more individually made than many of the other makers of the time.

The clock is illustrated in Carriage & Other Travelling Clocks by Derek Roberts, page 74, and a mention of the maker can be found in Carriage Clocks by Charles Allix, pages 55, 67 and 70. 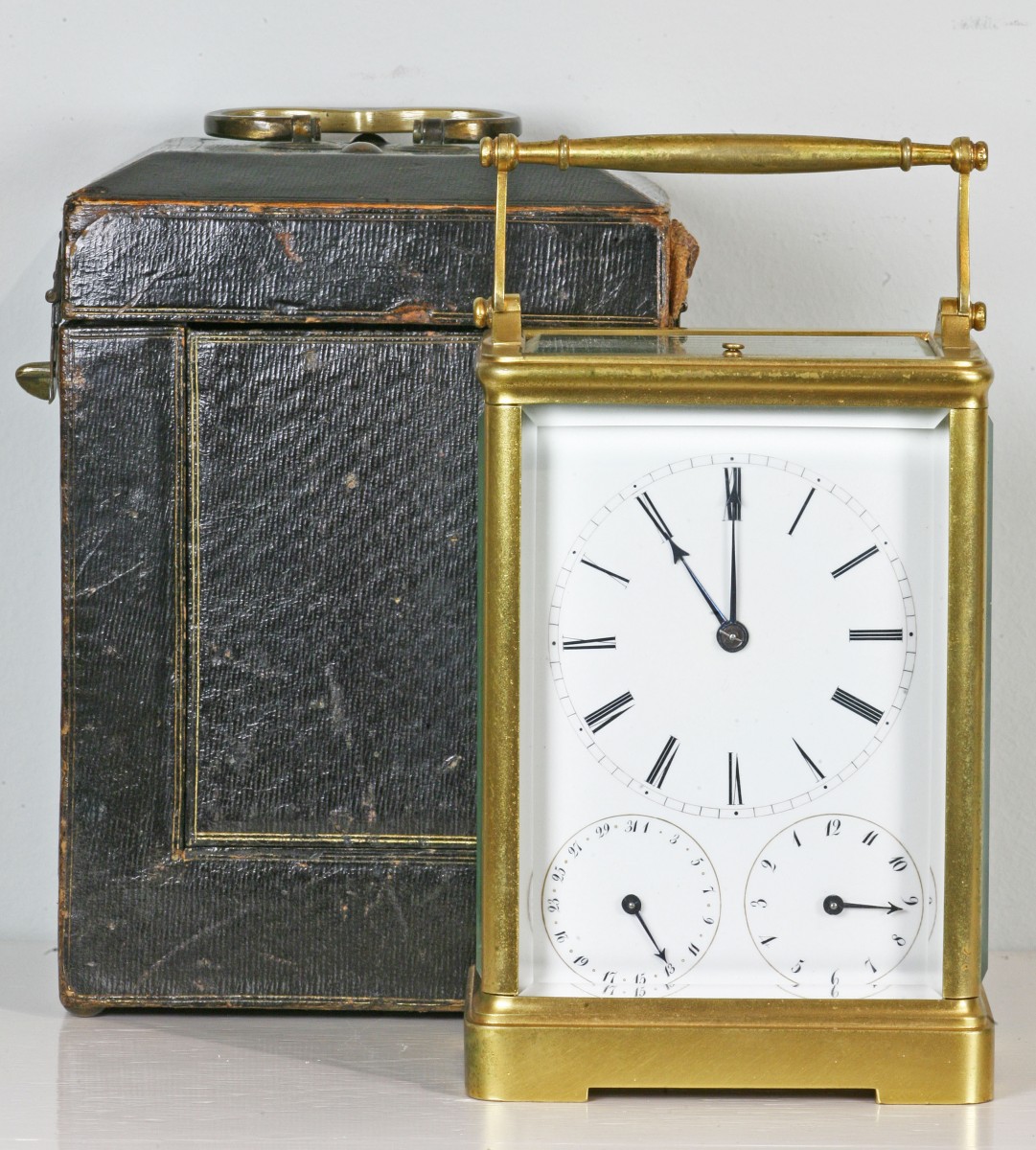 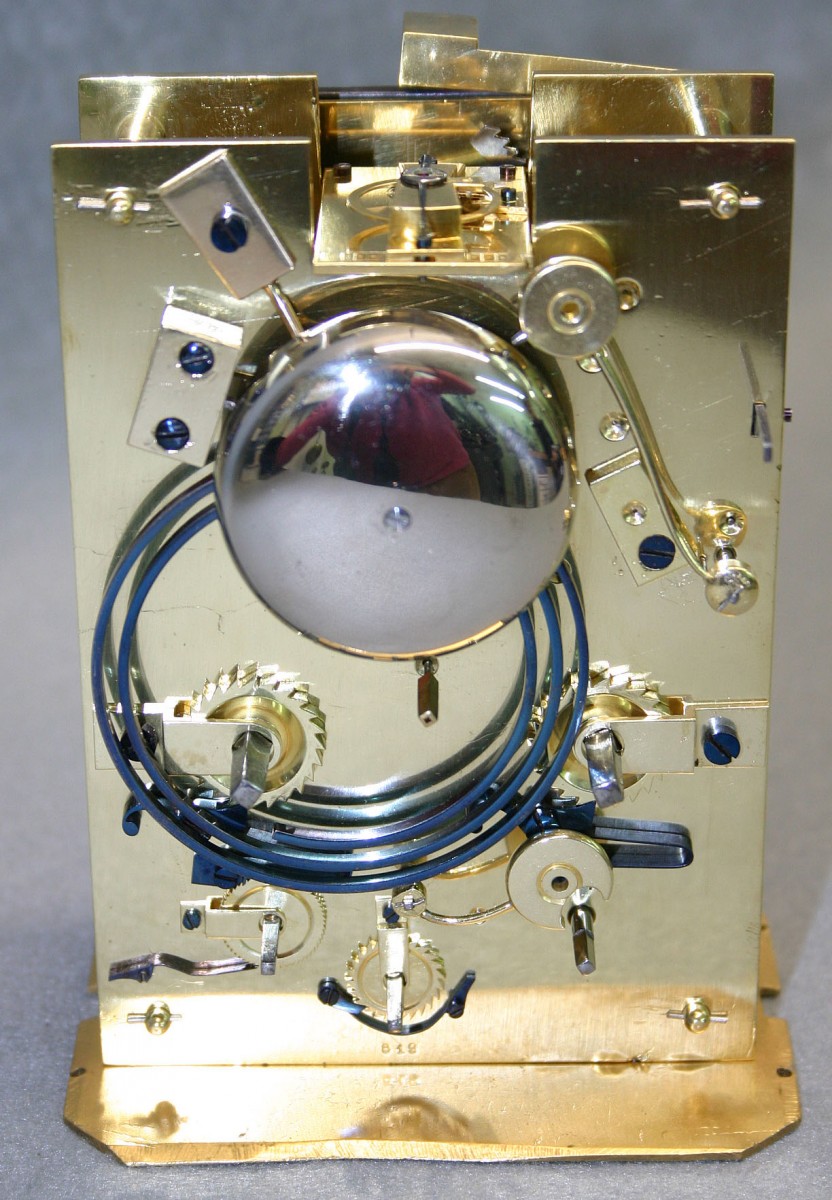 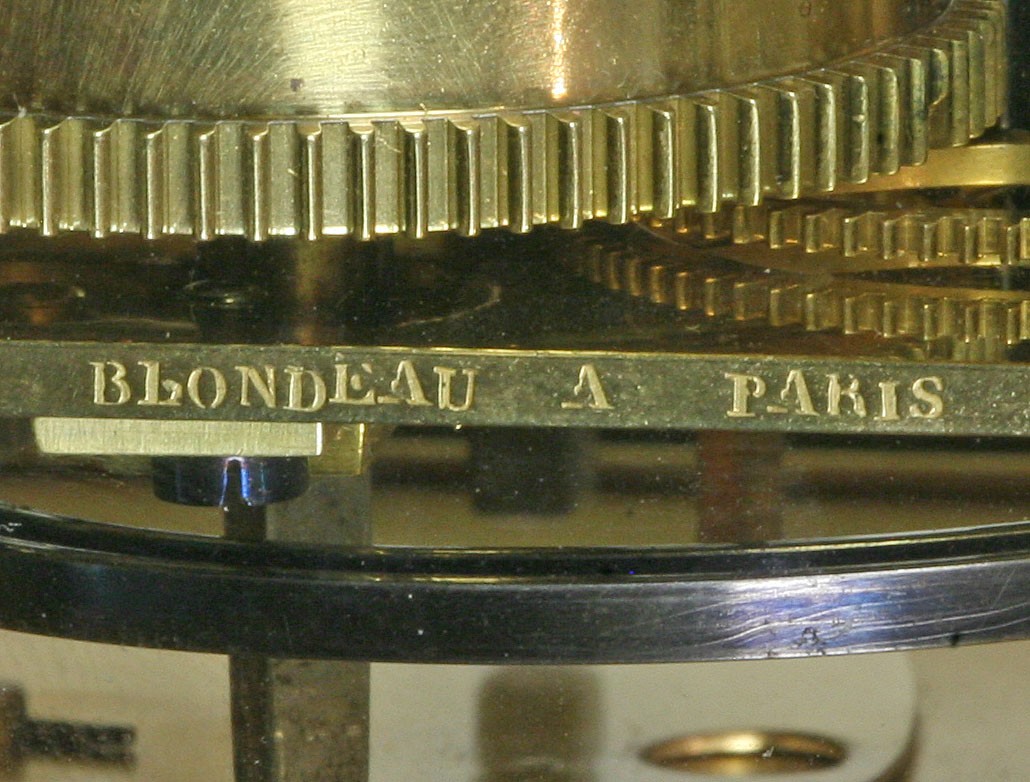 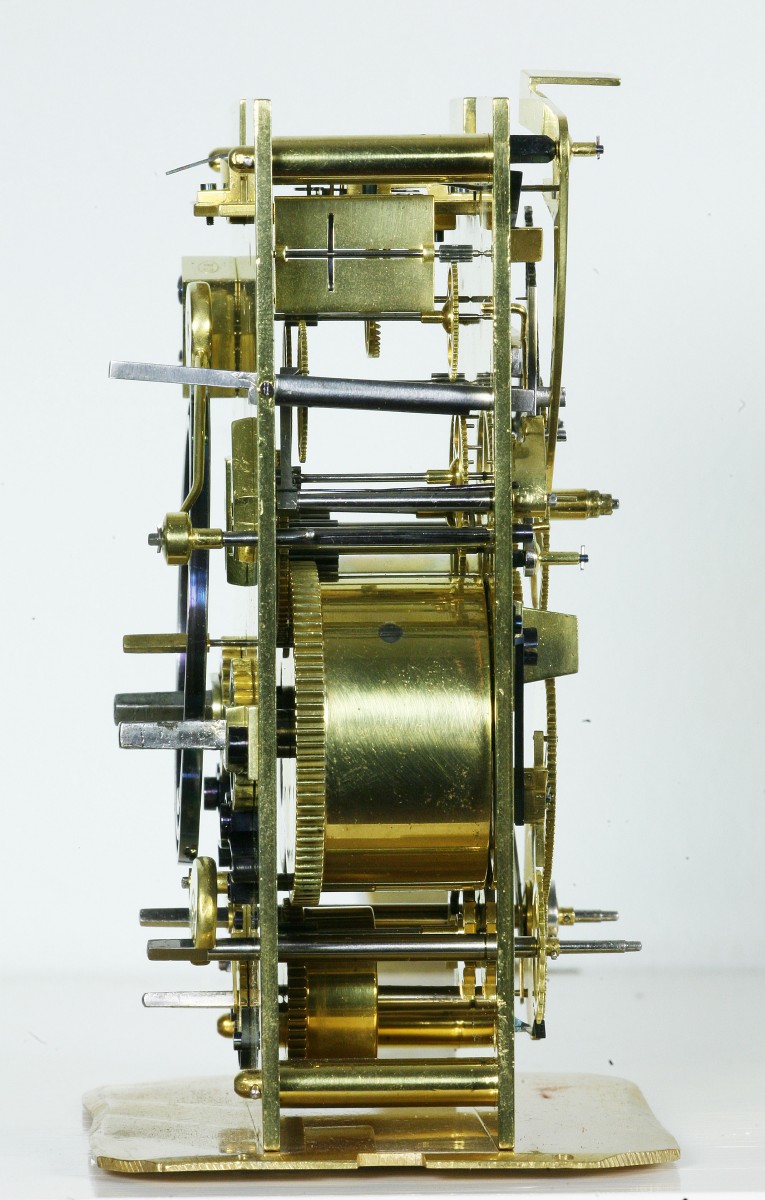