The well figured rosewood case with bevelled glass panels to the top and sides with an unusual folding gilt hexagonal bar handle having scroll ends and terminating with lions heads. The case stands on gilt bun feet.

The silvered brass dial has Roman numerals, a subsidiary seconds dial at XII and foliate scroll engraving to the surround. It has nicely shaped blued steel hands, and is signed Frodsham Gracechurch Street London.

The two train chain fusee movement has fine wheel work and a gilded platform lever escapement with plain balance. It sounds the hours on a gong mounted on an unusual steel mounting which gives it a nice melodious sound. Unusually the clock has a pull repeat chord rather than a push button. The back plate is similarly signed Frodsham, Gracechurch Street, London.

Victorian Clocks by Richard Good
Watchmakers and Clockmakers of the World by Brian Loomes. 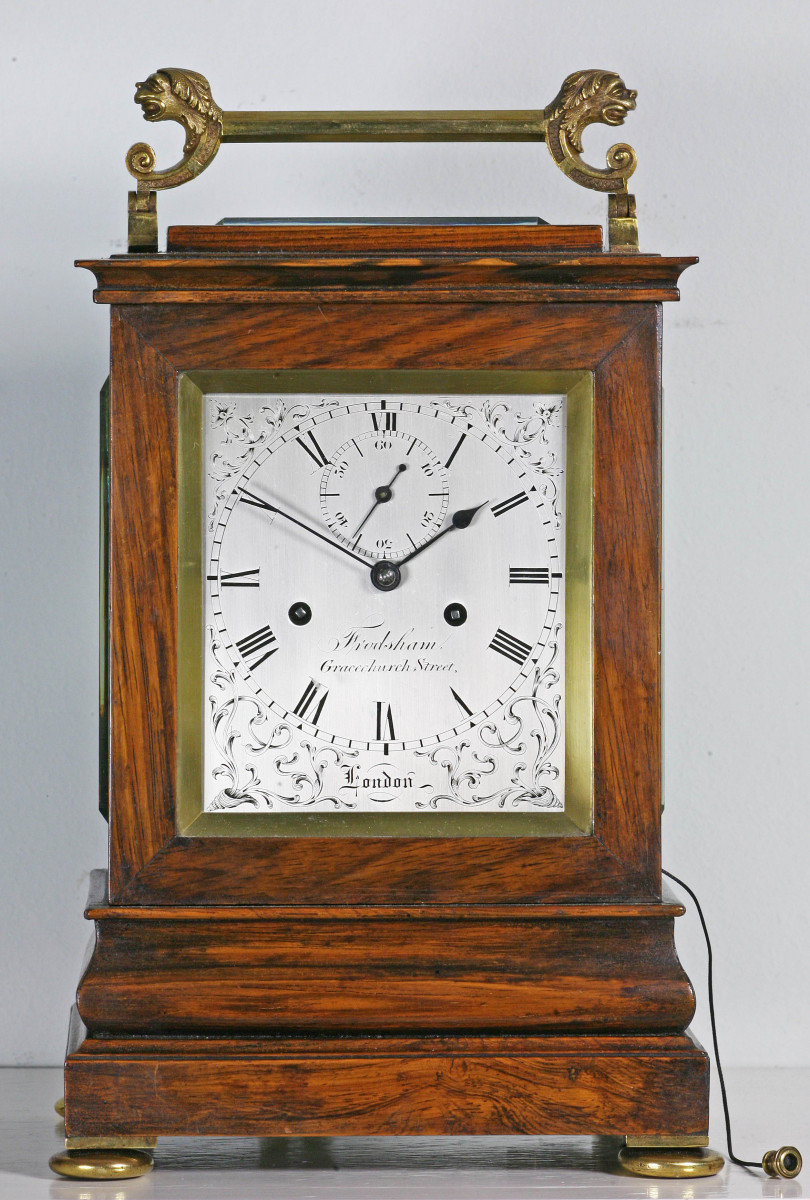 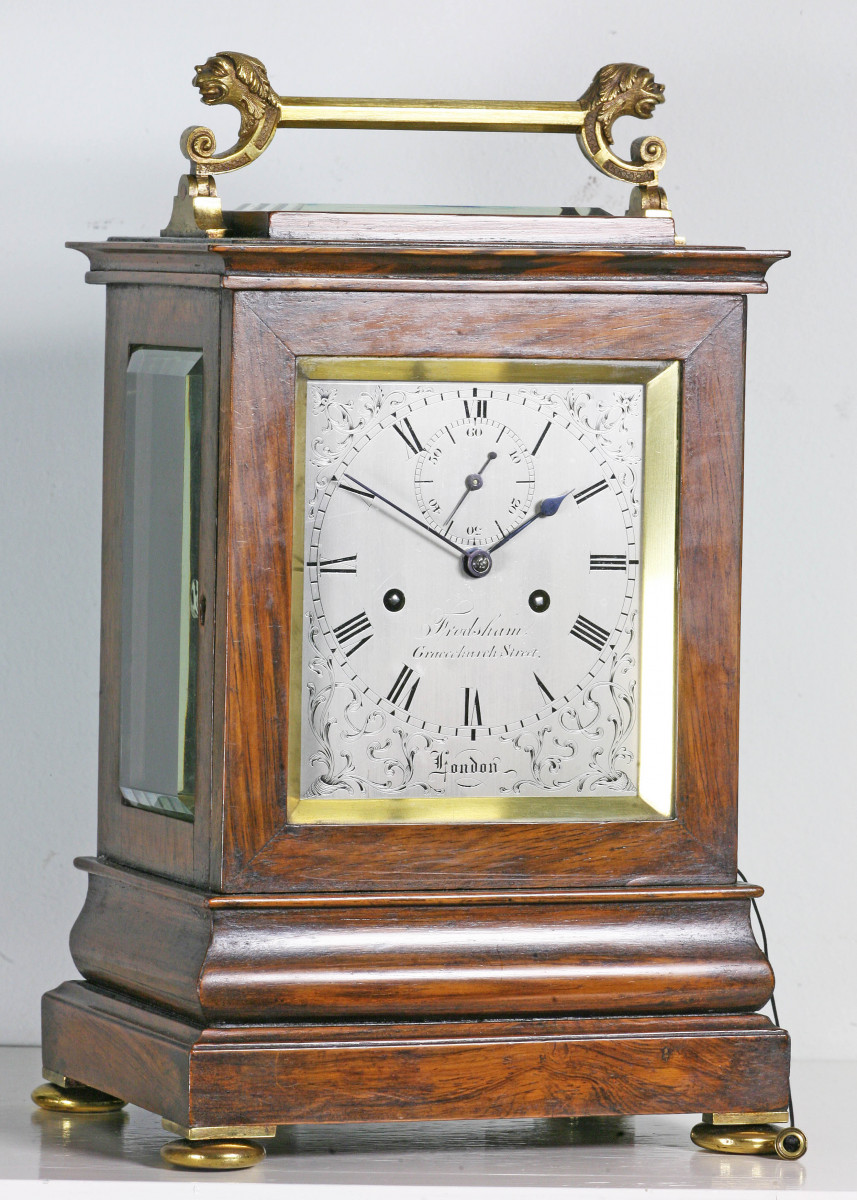 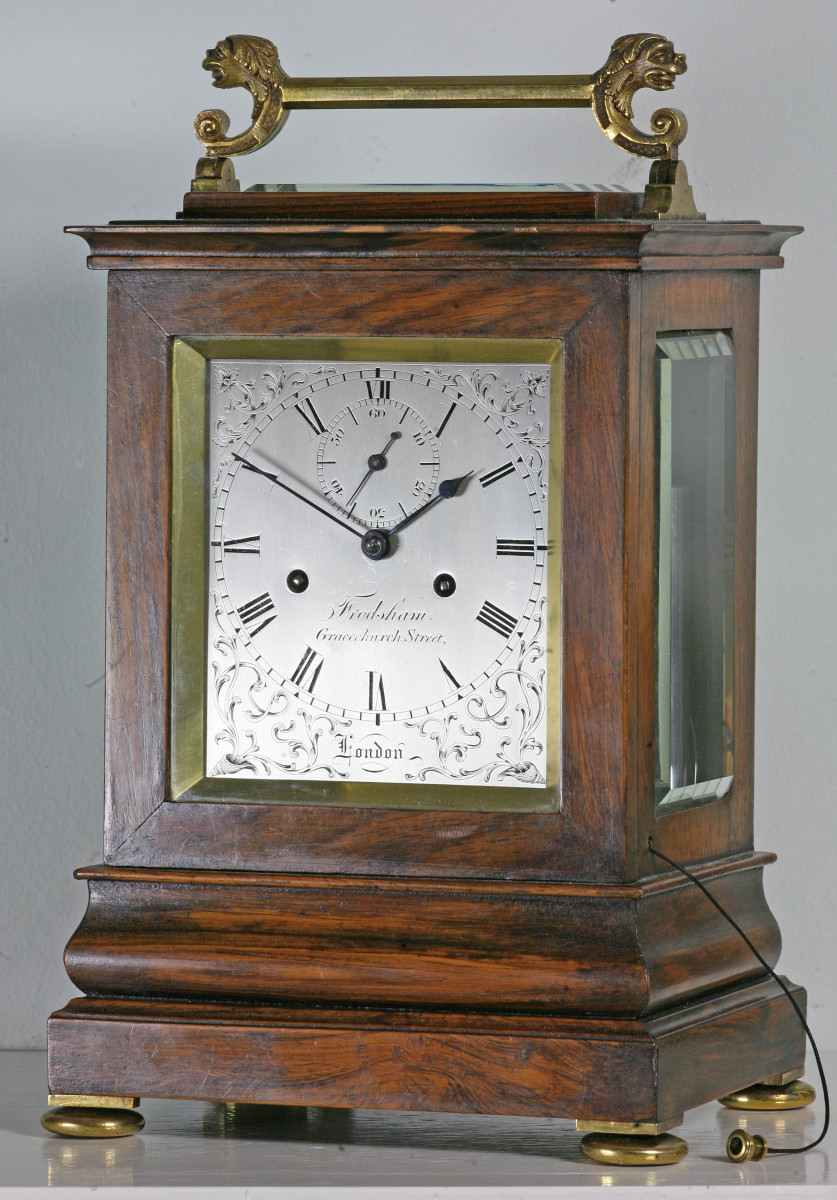 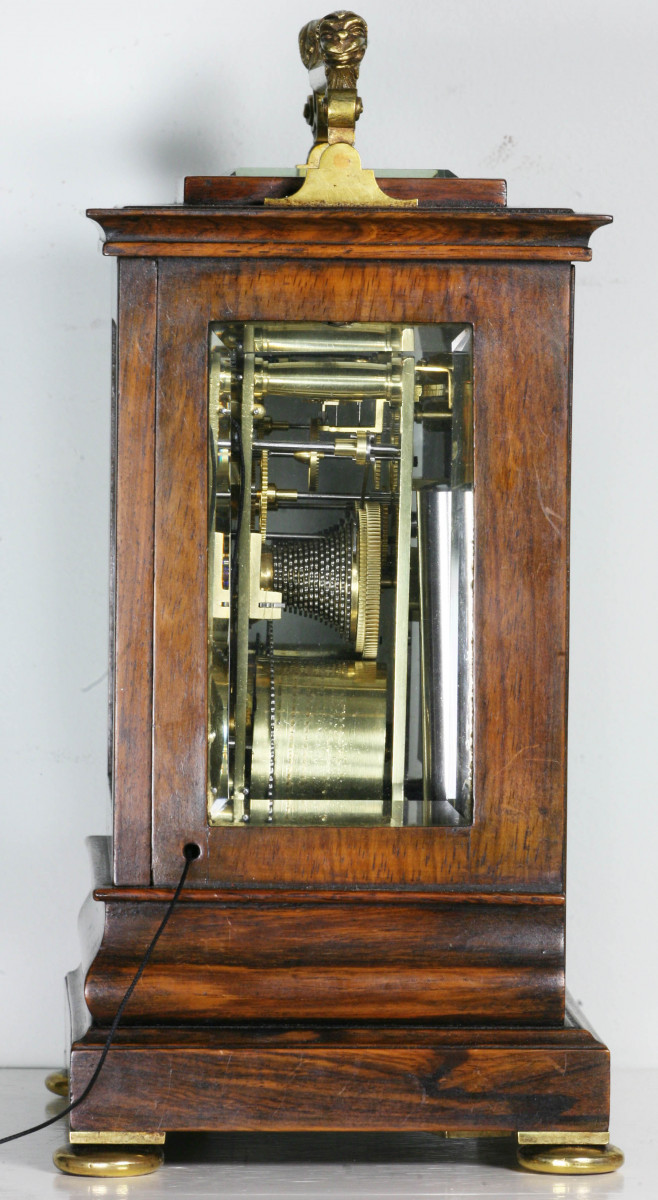 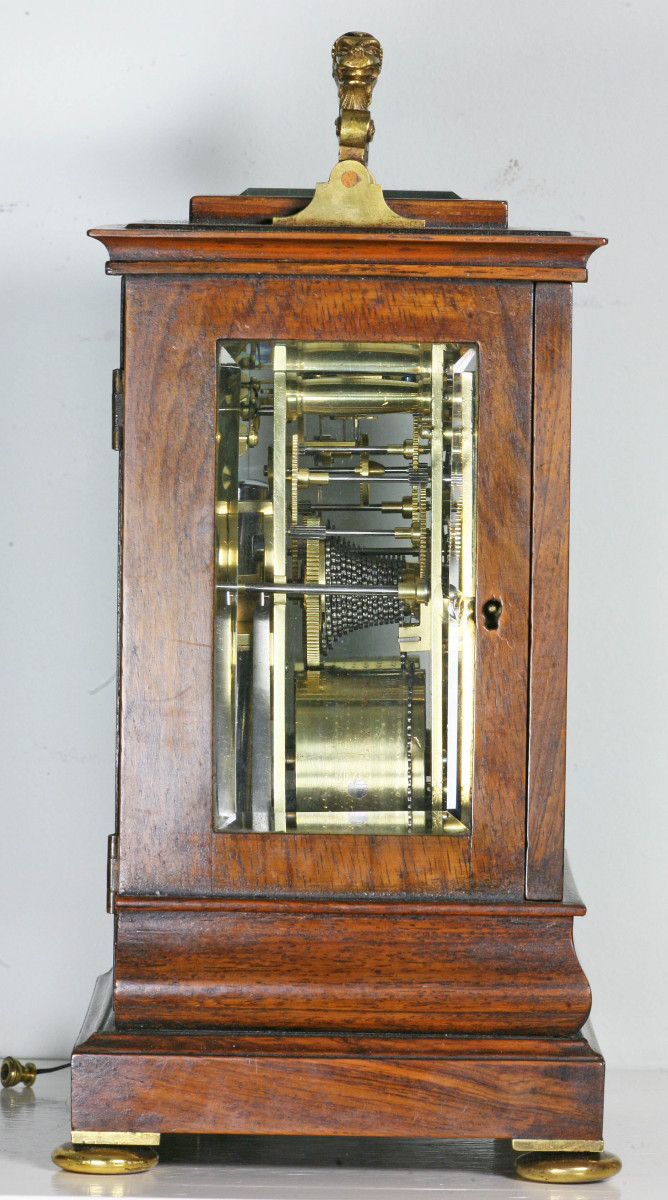 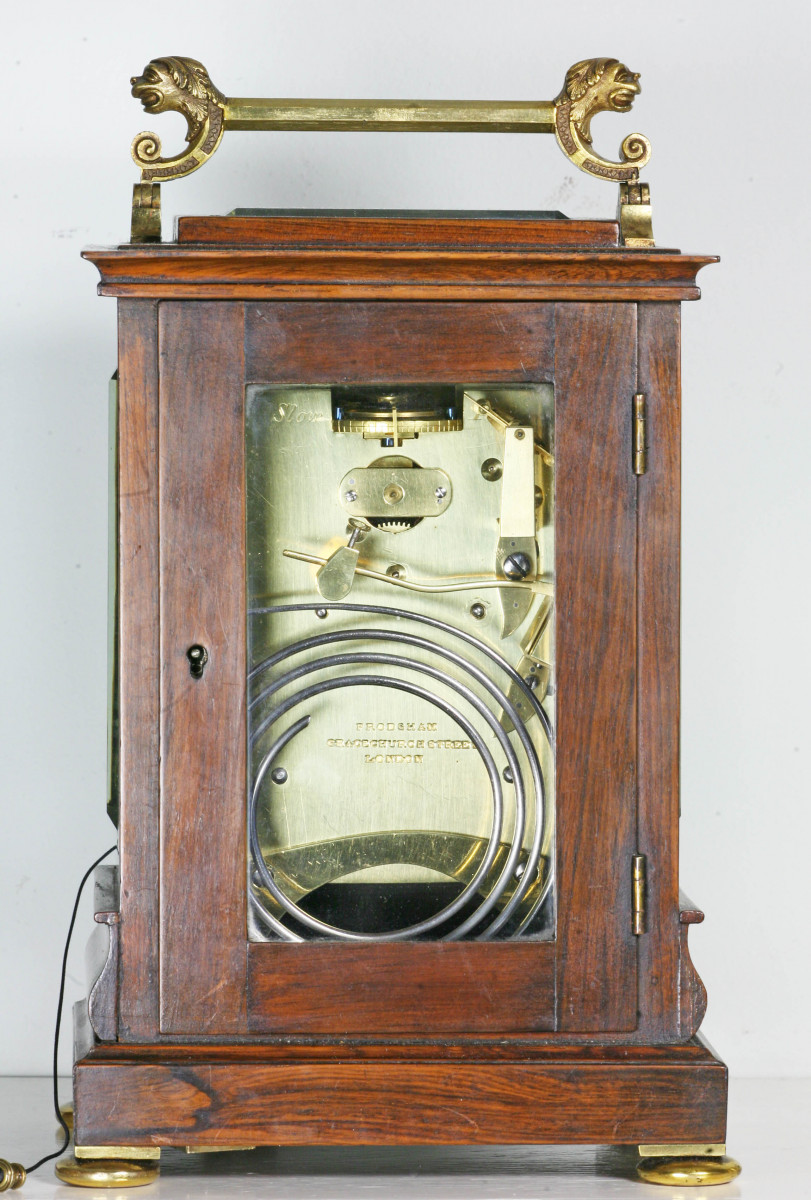 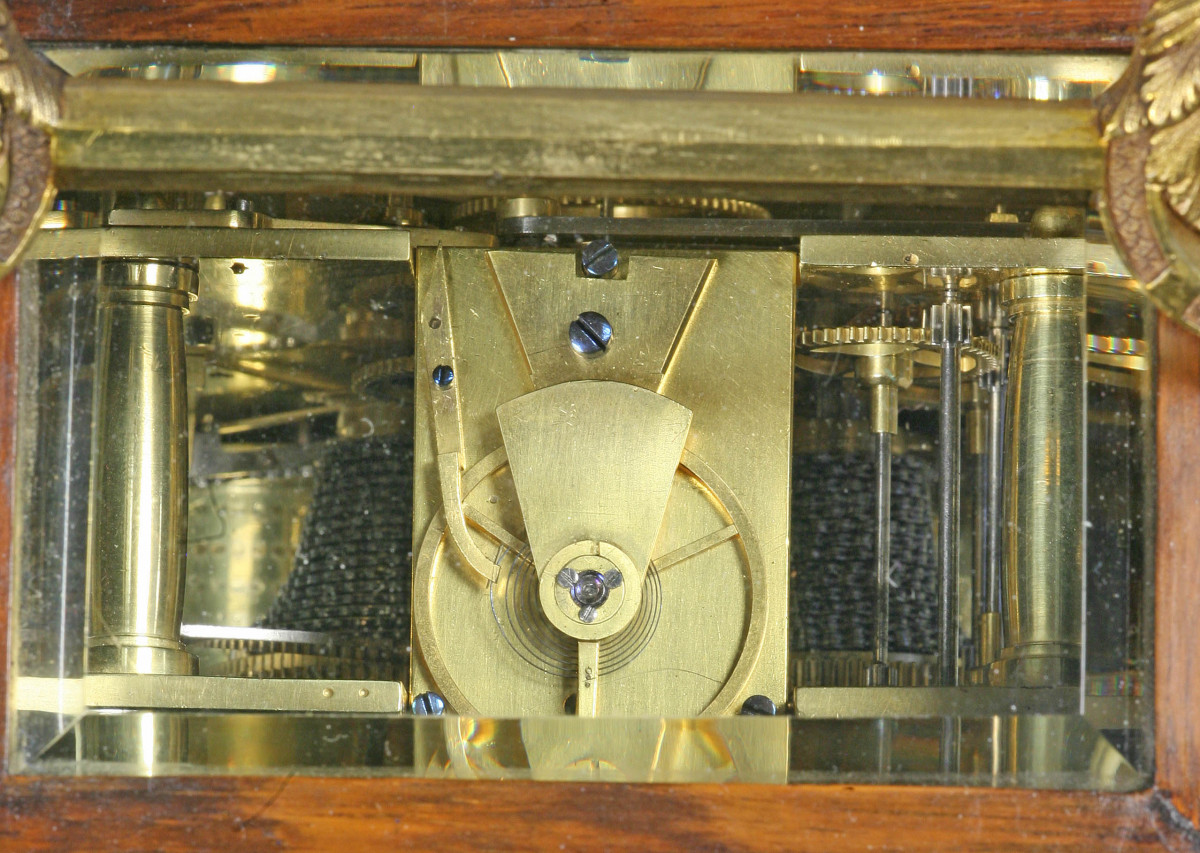 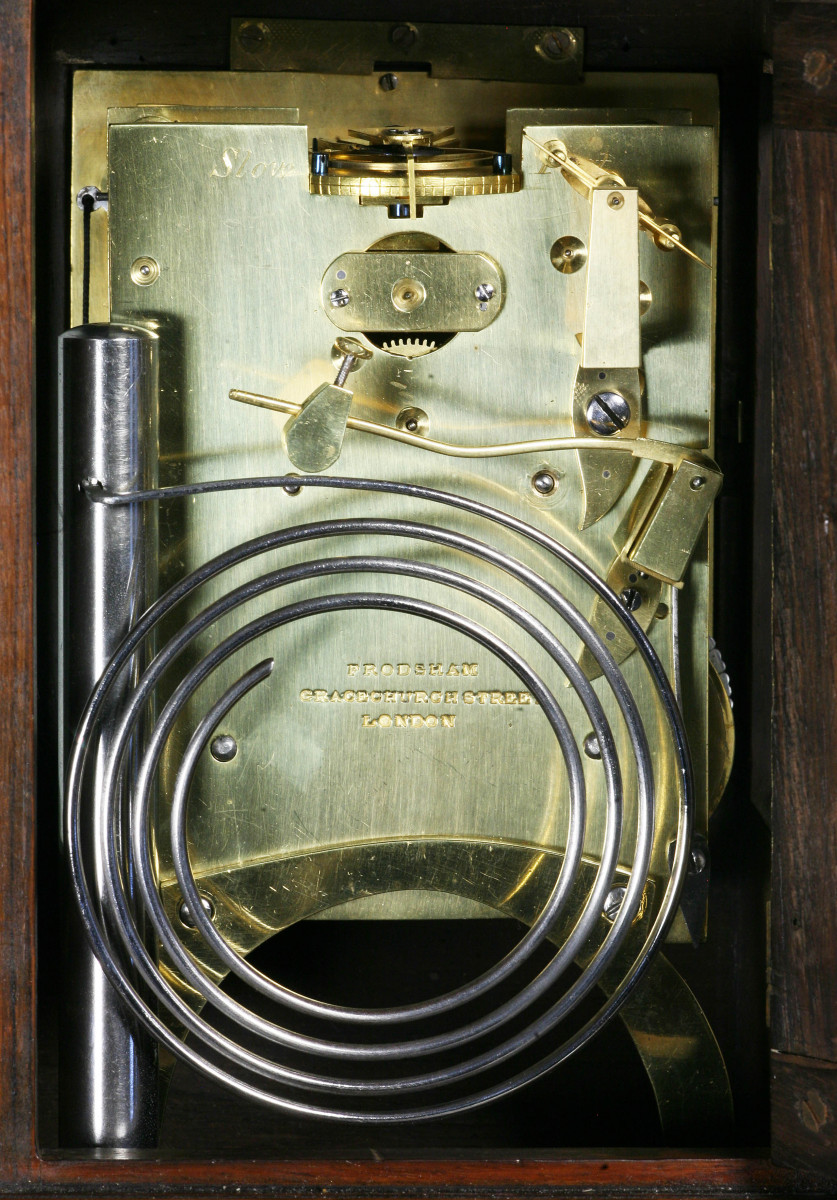