AN EARLY MAHOGANY DOMESTIC REGULATOR IN A SHALLOW BREAK ARCH MAHOGANY CASE.  CIRCA 1795.

An extremely attractive and small domestic regulator. The case, with fine quality mahogany veneers, has a shallow break arch hood with complex mouldings to the top and brass inlaid beading to the canted corners. It has a similarly conforming glazed trunk door and a panelled base with a small plinth and square feet. The backboard of the clock is very substantial being some 2″ (5 cm) thick.

The dial is signed for the makers Brockbanks London and has a large seconds ring below XII with observatory markings. The hour and minute ring is exceedingly thin in regulator style, but has both minute indications and the hours marked on it.

The movement is particularly fine. It has thick shaped plates, six beautifully shaped knopped pillars and end stops throughout the train. It has jewelled pallets to the deadbeat escapement and unusually, probably because it is relatively early and of fine quality, has latched pillars, both for the dial feet and for the movement. These were often used on high quality regulators in the 1770’s and 80’s. The wheel work is of fine quality with high count pinions and obviously maintaining power.

The clock has a mercury jar pendulum which runs against a beat plaque and has a numbered adjusting screw with blued steel pointer. It is suspended from a substantial brass mounting block fixed to the backboard which has a slide action for beat adjustment. The whole movement has a wooden dust cover which conforms to all of the witness marks, but is a replacement as the original was not with the clock. The brass weight is suspended from a well-shaped plated pulley with a six spoke wheel. The clock has an unusual winding key with a folding handle. 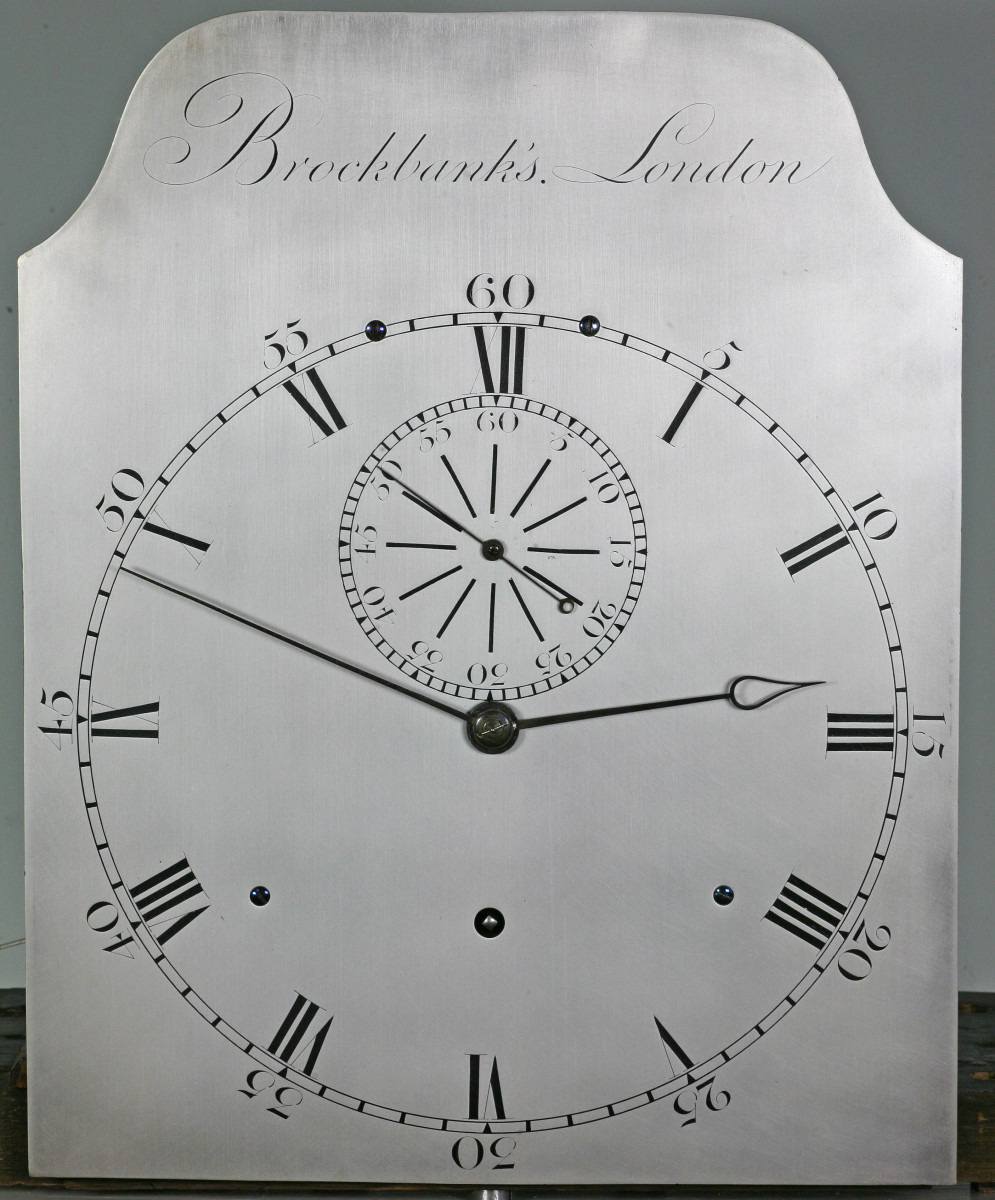 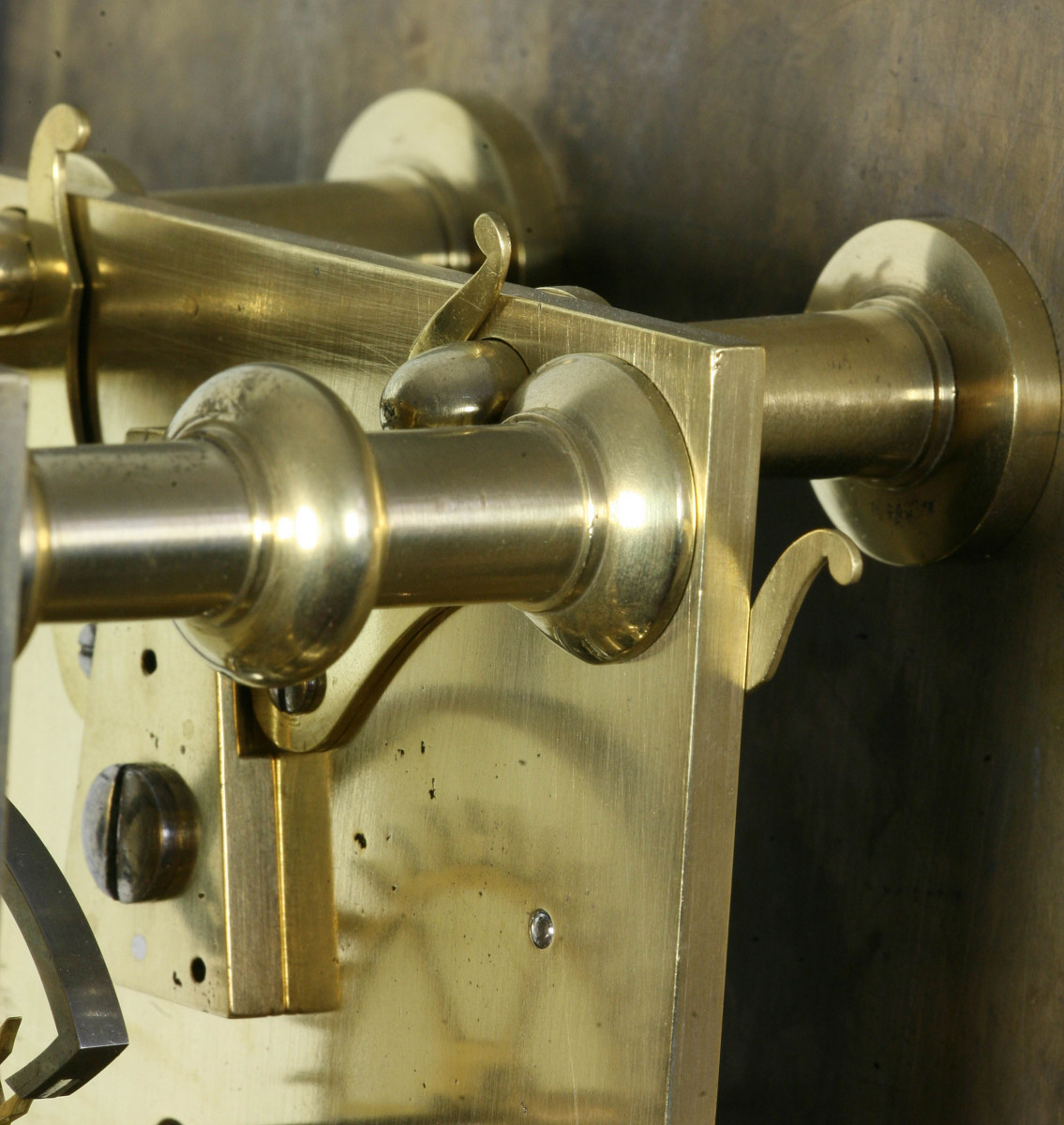 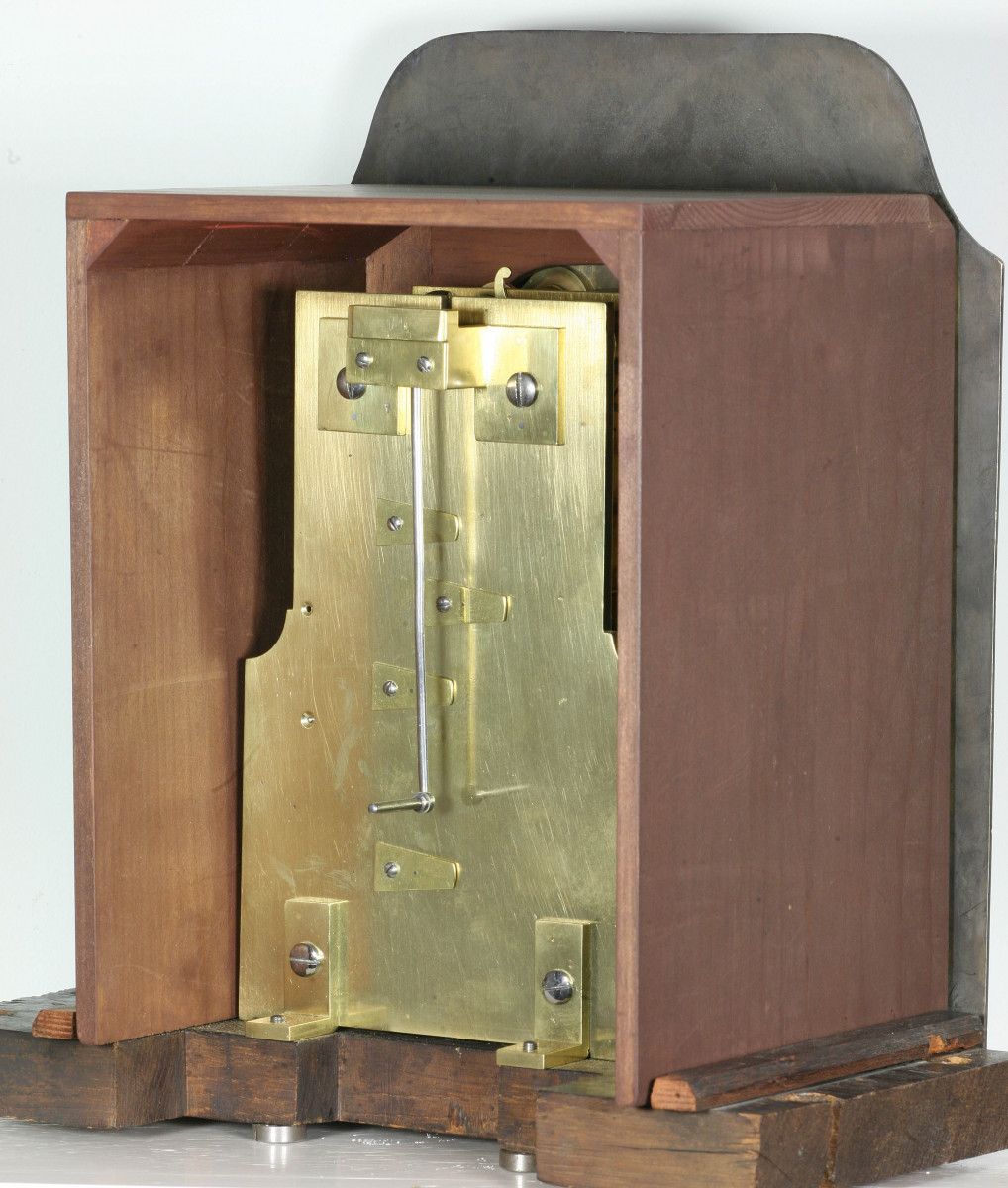 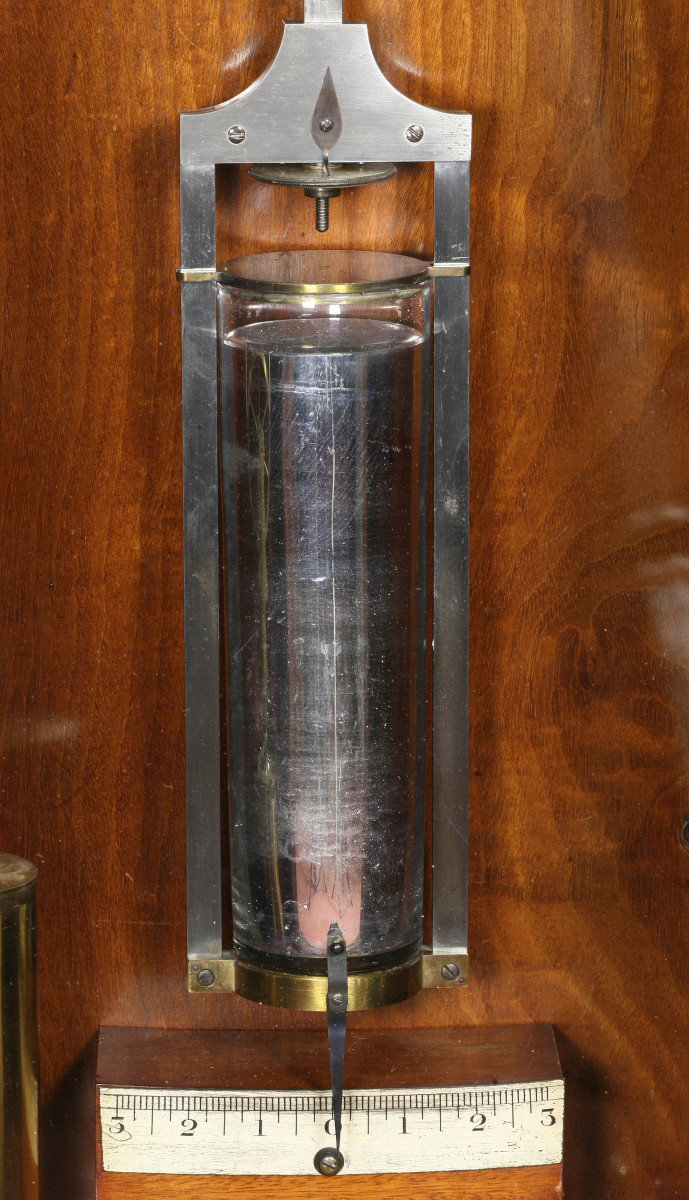