A FINE EBONISED SHALLOW BELL TOP BRACKET CLOCK OF SMALL PROPORTIONS TOGETHER WITH A PURPOSE MADE BRACKET.  DATED 1798.

An extremely attractive ebonised bracket clock by this famous maker. The case in typical Vulliamy style has a shallow bell top surmounted by a brass carrying handle. It has silk lined sound frets to both sides, and to each side of the top of the hood door. It has a glass rear door. The arched glazed front door has brass moulding around the glass. The clock stands on gilded brass padded and shaped feet of the style used for clocks which have their own bracket.

The arched brass dial has a silvered signature plaque in the top of the arch with strike silent dial and pendulum regulation dial either side of the arch. It has a finely matted and gilded centre with gilded spandrels to the four corners, and some engraving to the main plate at the side of the subsidiary dials. The silvered chapter ring has Roman numerals for the hours and Arabic outer minute numerals. It has a date aperture above XI. It has nicely fretted blued steel hands.

The substantial eight-day twin gut fusee movement is of fine quality, as are all of the clocks by this maker. The movement maker was Bullock who was one of Vulliamy’s usual makers. The backplate has a foliate engraved border to the signature Vulliamy, London. The escapement back cock is beautifully shaped in the style almost always used by this maker. It has a deadbeat escapement with rise and fall regulated from the front dial of the clock, and a large and heavy brass bob to the steel rod pendulum. There is a pendulum hold fast and the movement is mounted in the case with two nicely bevelled mounting plates. It strikes the hours on a bell mounted above the movement and has a pull strike repeat chord.

The bespoke wall bracket has an integral drawer base for housing the key.

Benjamin was probably the most widely talented and artistic member of this clockmaking family. He was born in 1747 and died in 1811. His skills not only related to his clock and watch making but also to the case work and artistic side of the business. He was granted the Royal Appointment as the King’s Clockmaker in 1773 and, although his father had sold many clocks to George III, it was Benjamin who developed the connection and gave personal advice on horological matters in which the King was keenly interested.

He is known principally for his fine ornamental clocks, many with biscuit porcelain figures and ormolu decoration in the French taste. However, he also made a number of fine regulators, one in particular made in 1775 for the Royal Family is now in the Science Museum, although another regulator is still at Buckingham Palace.

In 1781 he was admitted to the Clockmakers’ Company as an Honorary Freeman.

Vulliamy No 311 was delivered to it’s first owner, Mr Seivers, on the 11th June 1798. The Day Book shows that the movement was made by Bullock and the case by Rich, both of whom were major outworkers for Benjamin Vulliamy. According to existing records the movements at this time were almost exclusively made by Bullock, Jackson and Holmden. 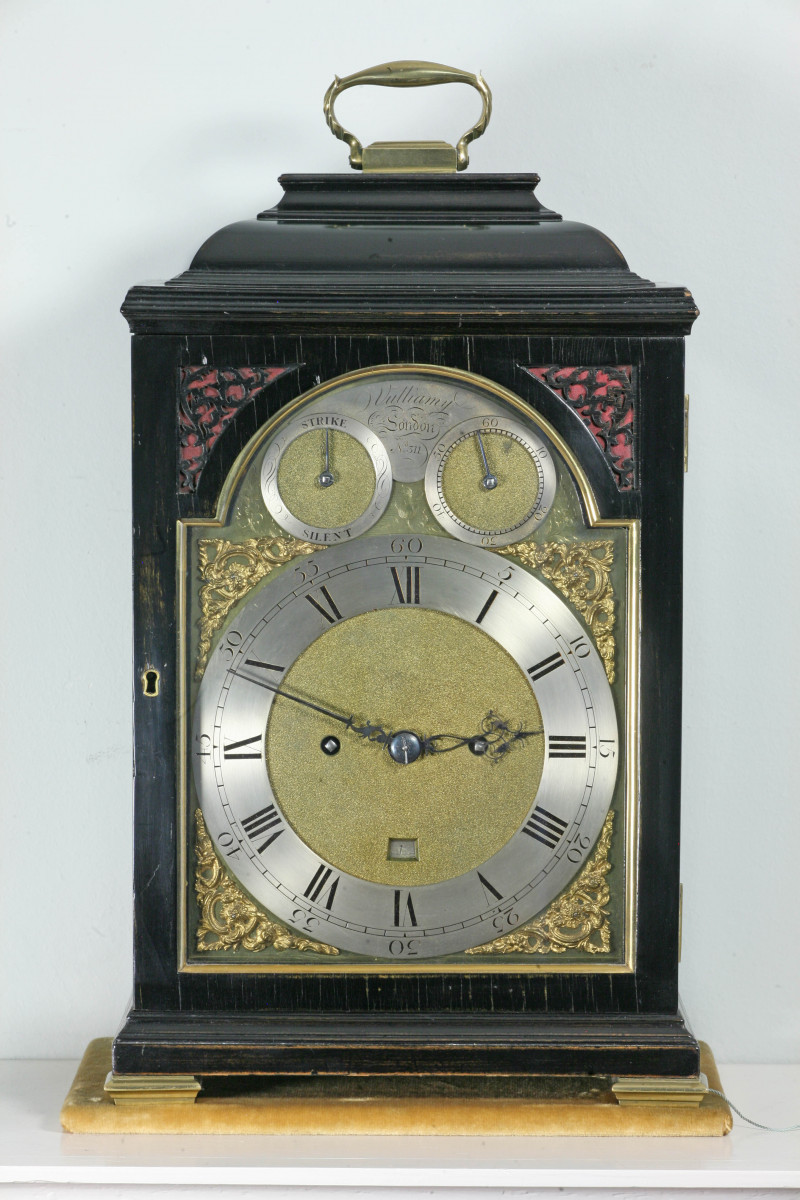 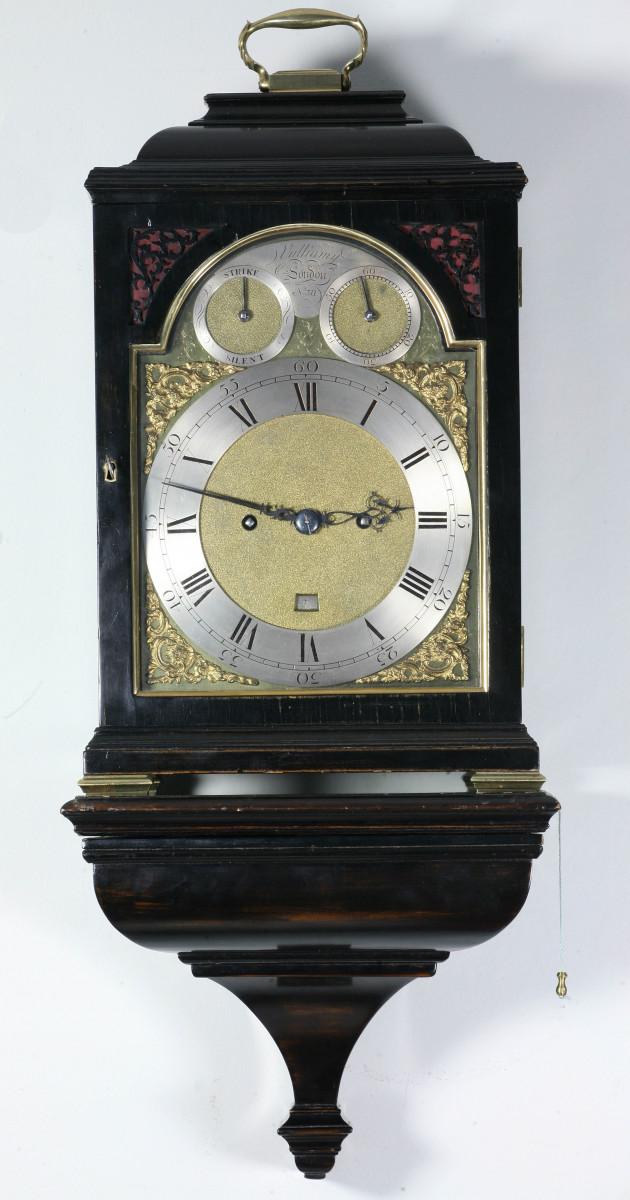 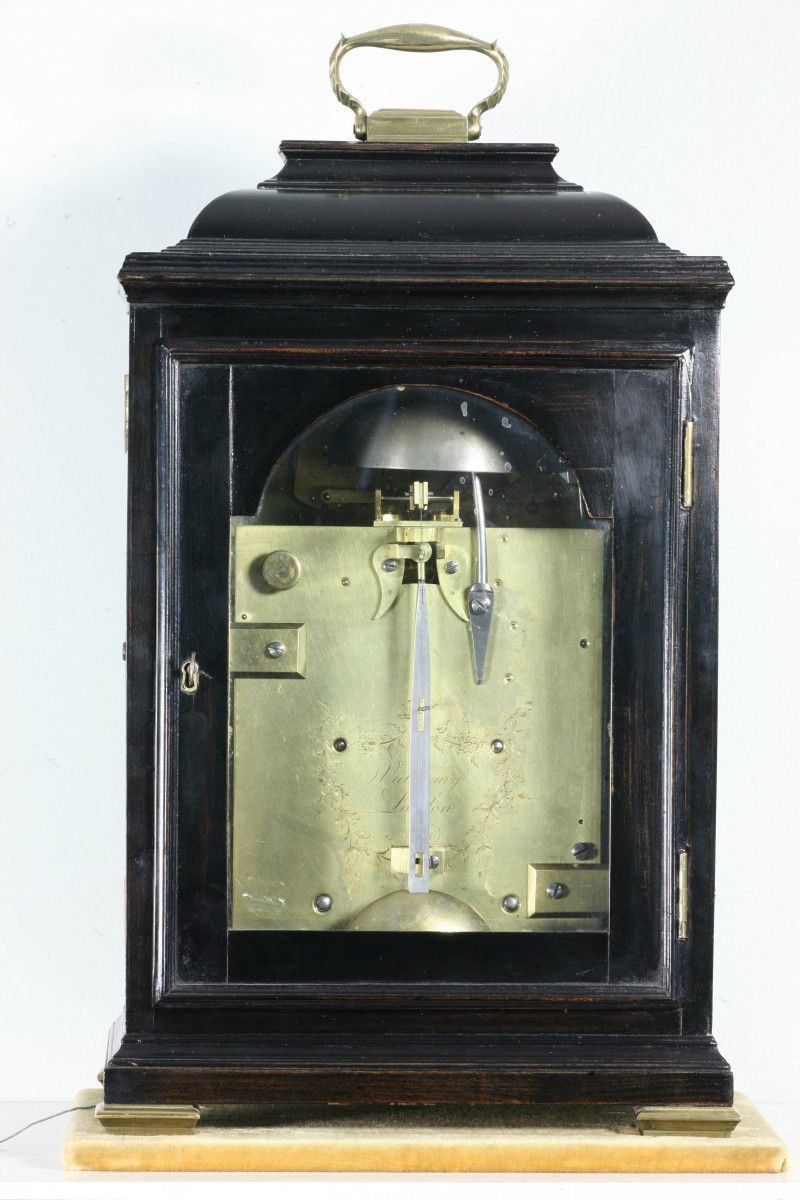 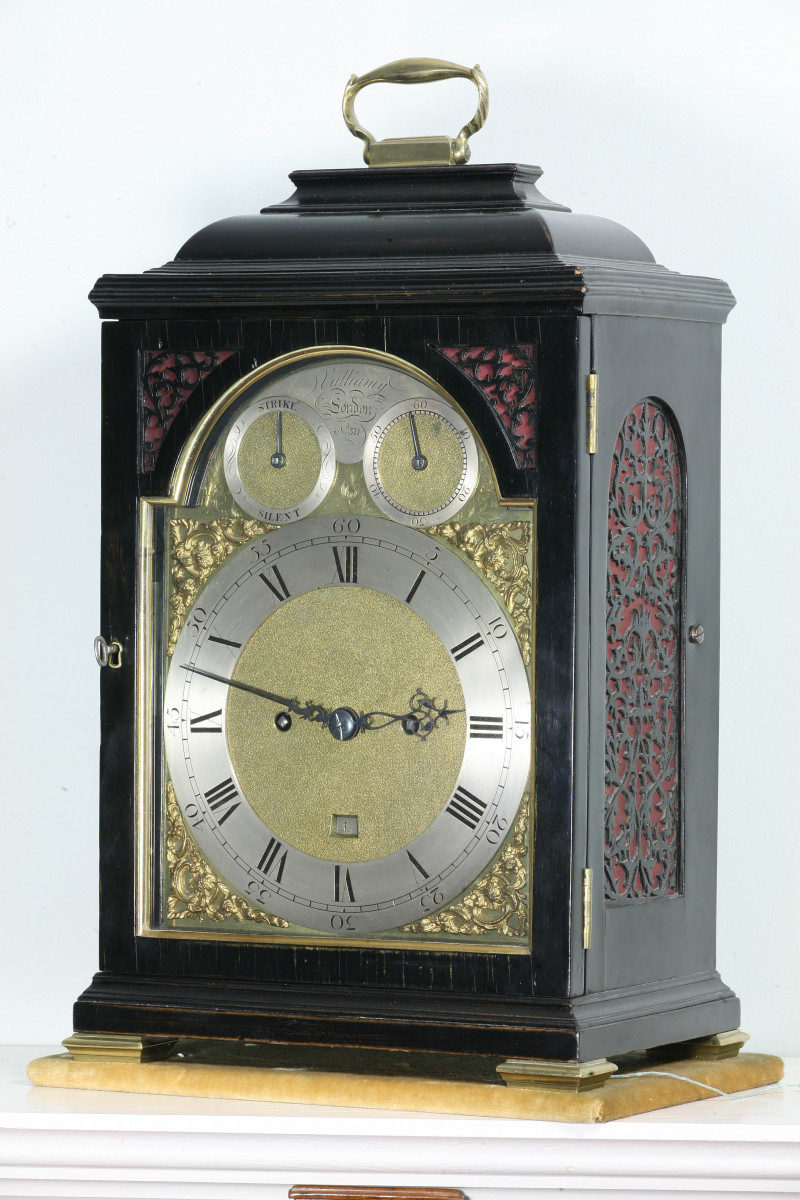 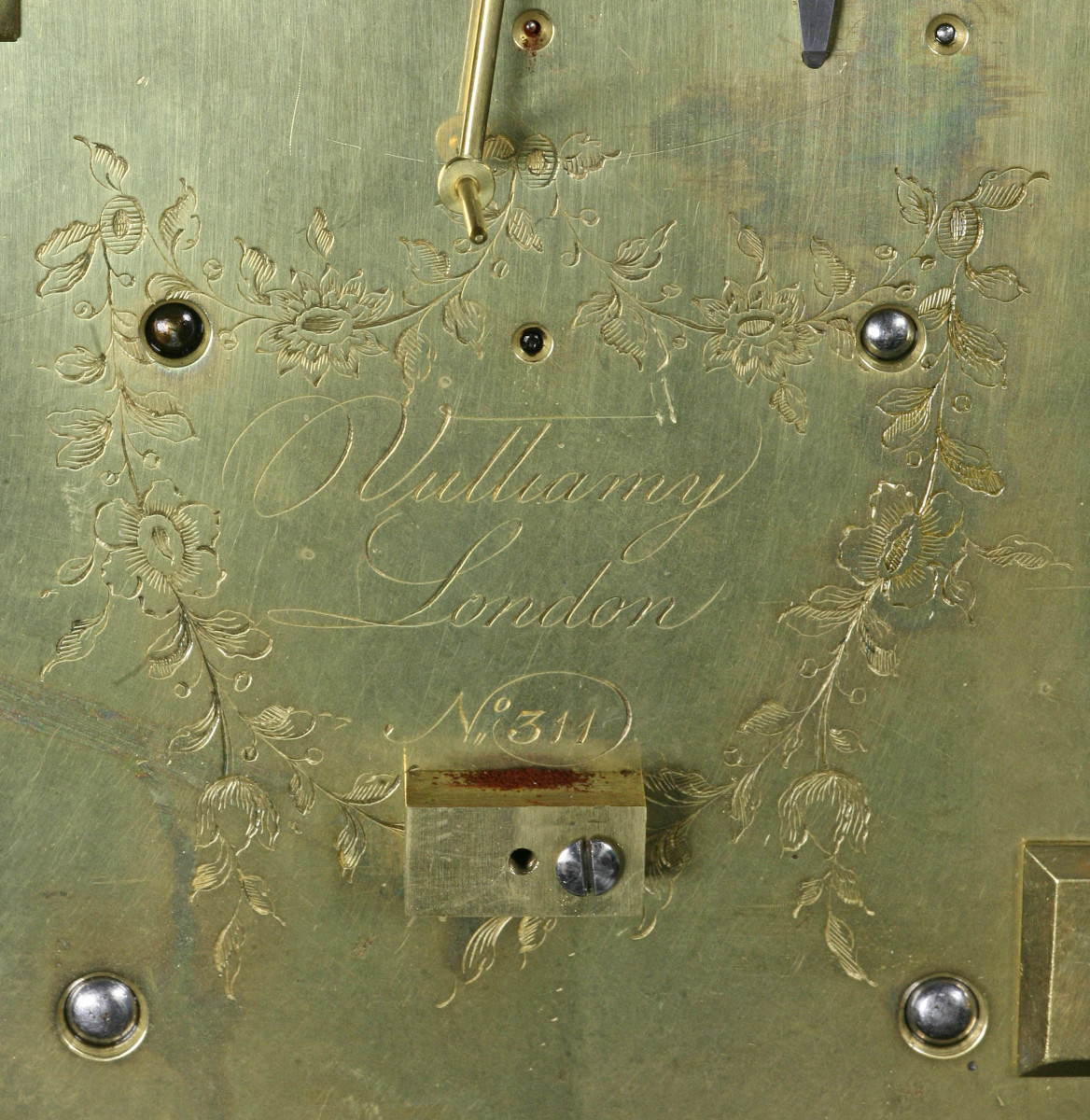 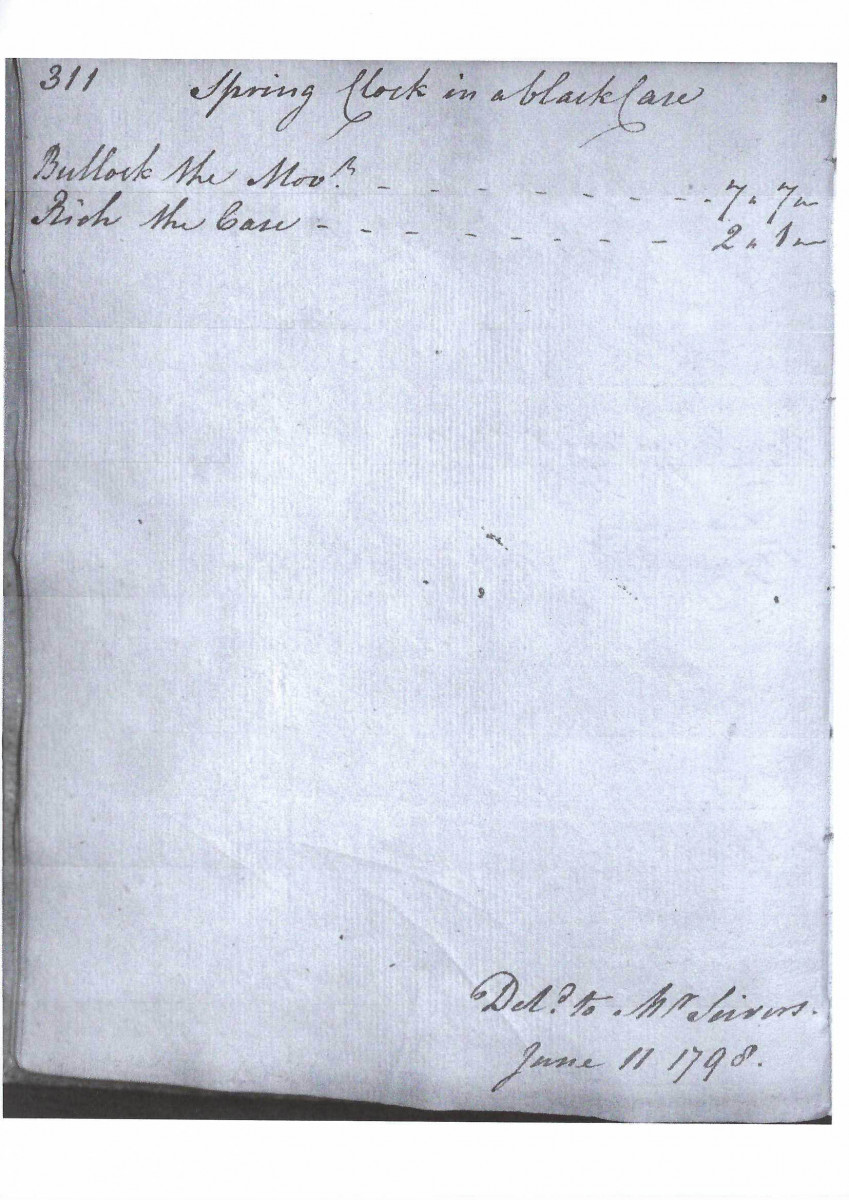