AN EXCEPTIONAL EARLY MONTH DURATION LATERNDLUHR IN A MAHOGANY CASE.  CIRCA 1815.

An extremely early and elegant month duration Laterndluhr by this famous maker.  The case has the plainer mahogany veneers so typical of the early Viennese period.  The top of the clock has a concave flat topped pediment which proceeds down into the hood of the clock with a strong ebonised moulding and with gilded and cast spandrels fixed to the front of the hood.  The dial is accessed via a hinged engine turned bezel.  There is a further ebonised moulding below the dial and the lift out trunk door and side glasses all have ebonised edging.  The bottom box has solid sides, typical of the period, with a slide out door, again with ebonised edging.  The undercut base of the clock has a further cast and gilded embellishment.

The plain enamel dial has a seconds dial below XII and finely painted Roman numerals with an outer minute ring.  It has an offset winding hole.

The month duration timepiece movement is signed on the backplate for the maker ‘Binder in Wien’.  It fixes into the case via four keyhole slots which engage with the substantial brass mounting bracket.  The movement takes the form of a single backplate with all wheel work mounted on cocks and bridges from that backplate.  The barrel extends through the backplate so that the weight runs down behind the pendulum.  The clock has maintaining power and employs a deadbeat pinwheel escapement.  The whole movement is contained between the dial plate and the single backplate and is protected by a thin round drum shaped cover that keeps dust out from the movement and acts as a continuous pillar for the dial.  This type of movement is typical of many of the early Viennese Laterndluhrs.

The pendulum has a heavy steel rod and a very heavy lead filled brass bob.  It is suspended on a knife edge and has a well-shaped rating nut at the bottom with engraved numerals and a fixed pointer to show the amount of adjustment you have given.  This runs against an attractive silvered beat plaque in the base of the clock.

The maker Joseph Binder was born in 1785 and in 1802 was apprenticed to Casper Brӓndl who at that time worked at Biberbastei NR 1176 in Vienna.  He went on to become a Master Clockmaker in his own right.  A number of his clocks were exhibited at the 1835 Product and Trade Exhibition in Vienna, and in particular he exhibited a fine astronomical pendulum clock with many complications.  Casper Brӓndl, to whom he was apprenticed, ceased to operate as a clockmaker from somewhere between 1815 and 1818.  There are many similarities between the clocks of the two makers and indeed during his apprenticeship Binder made a number of clocks for Brӓndl and we have seen at least one with a scratch signature for Binder, although the clock itself is signed for Brӓndl. 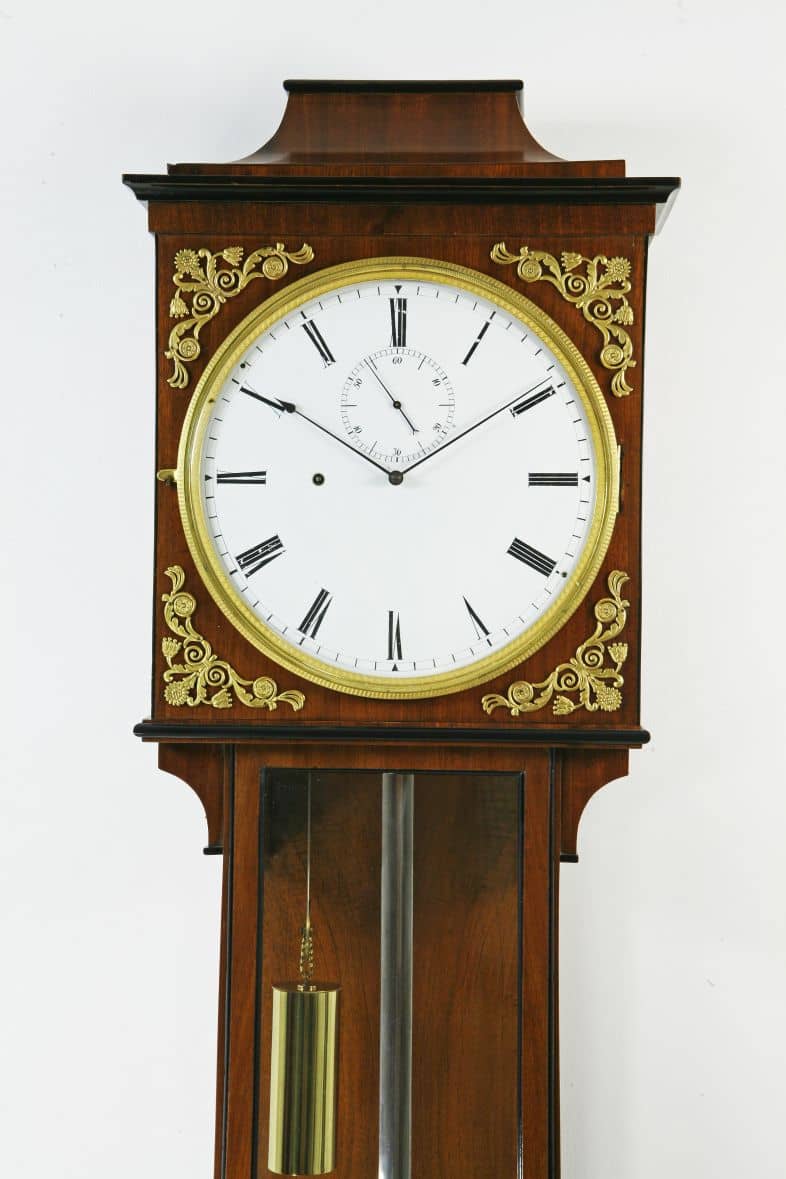 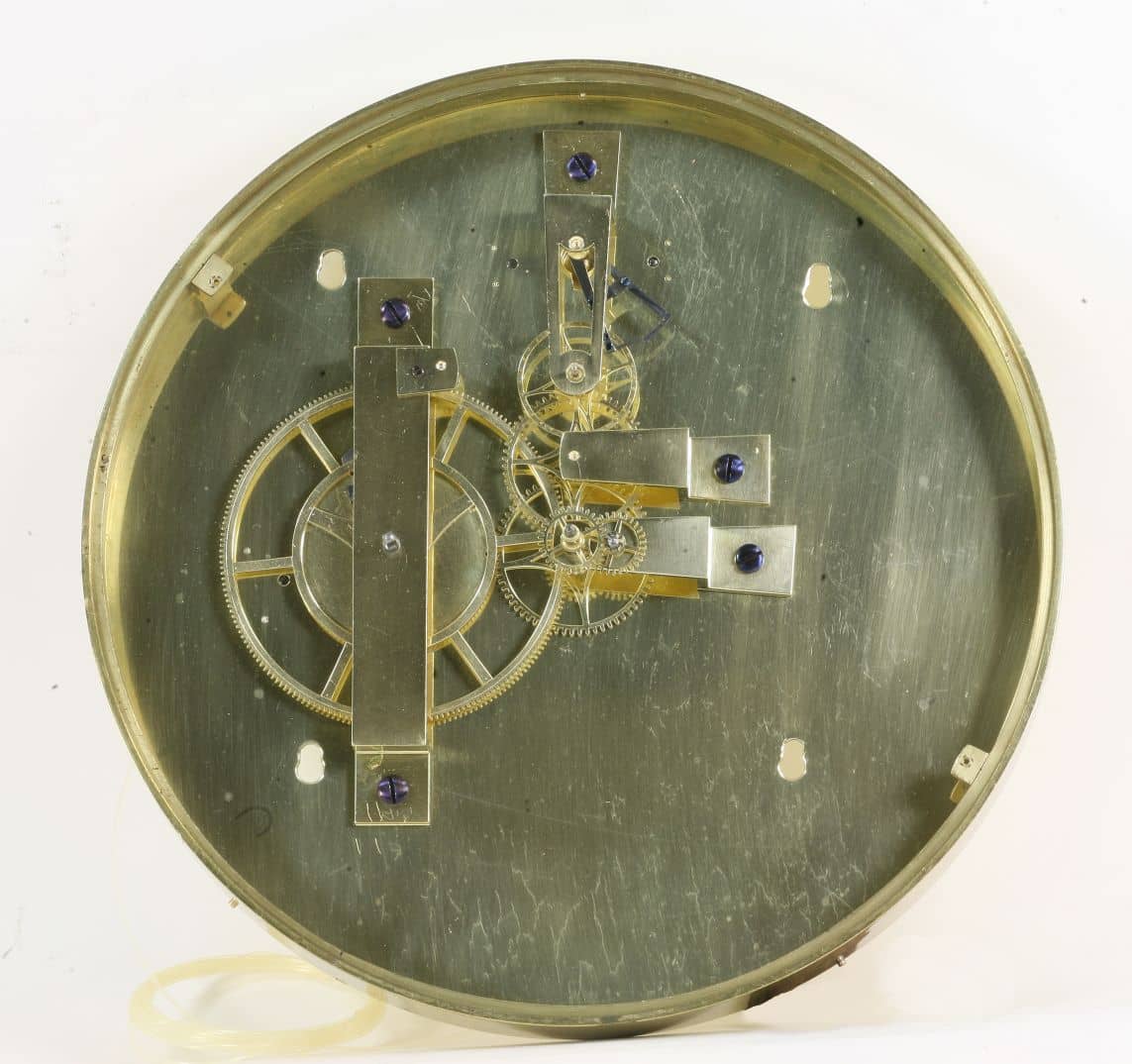