An extremely attractive improved sympiesometer.  The case of solid ebony has a flat bottom and an ogee moulded top.  It has a thick bevelled glass front.

The face of the sympiesometer is of silvered brass and is signed for the maker ‘Salmon & Co, 48 Lombard Street, London’.

The mechanism is of the usual form with a thermometer on the left hand side and the sympiesometer tube next to it.  There is an adjustable wheel on the side of the case which enables the barometer markings to be moved up and set according to the temperature at the time of reading, and then the pressure is read off from that scale via the slightly coloured liquid within the sympiesometer tube.

At the bottom of the case is a knurled wheel that can be turned to the reading just taken and will therefore show whether pressure has increased or reduced when the next reading is taken.

The sympiesometer was brought to prominence in the 19th century by Alexander Adie and was often used as a marine barometer as, in its improved form, it was well suited to coping with the movement of a ship.  It is able to be housed in a smaller case than a normal mercury barometer and has a rather complex and pleasing appearance.

William John Salmon was working from 1840 to 1881.  Some of his barometers were signed Salmon & Co with the 48 Lombard Street address which he traded from only between 1860 and 1861. 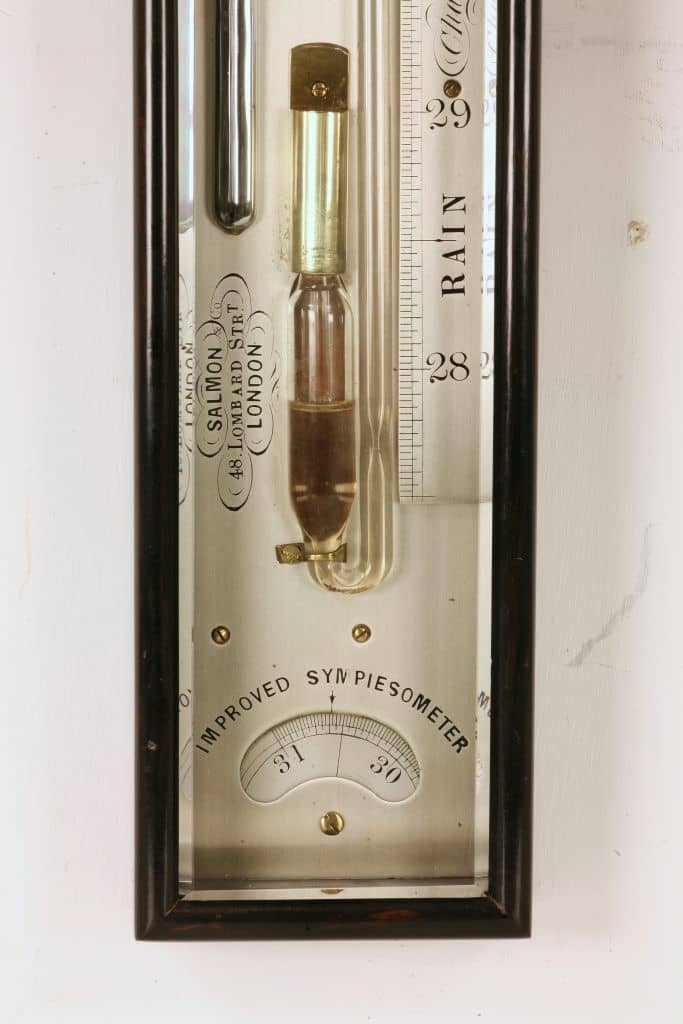