The gilt-brass case is nicely engraved with scroll and floral engraving, and has an engraved surround to the oval glass panel on top of the clock.

The porcelain dial with bleu de roi surround and gilded framework has a well painted woodland, river with ducks, and sky scene, with the main dial and alarm subsidiary dial with black numerals. It is signed for the retailer Henri Capt, Genéva. The two side panels with similar surrounds show two classical maidens in woodland settings.

The eight day gong striking and repeating movement has a fine quality silvered lever escapement stamped for Henri Capt. The backplate has the Drocourt stamp and is numbered 22245.

Pierre Drocourt and his son, Alfred, were amongst the finest carriage clock makers of their time. They were located at Rue Debelleyme 28 and Rue de Limoges in Paris. They also had workshops at Saint-Nicolas-d’Aliermont.

Their trademark, which can normally be found on the backplate, is a ‘D’ and a ‘C’ either side of a carriage clock within an oval. Further details can be found in ‘Carriage Clocks’ by Charles Allix and Peter Bonnert. 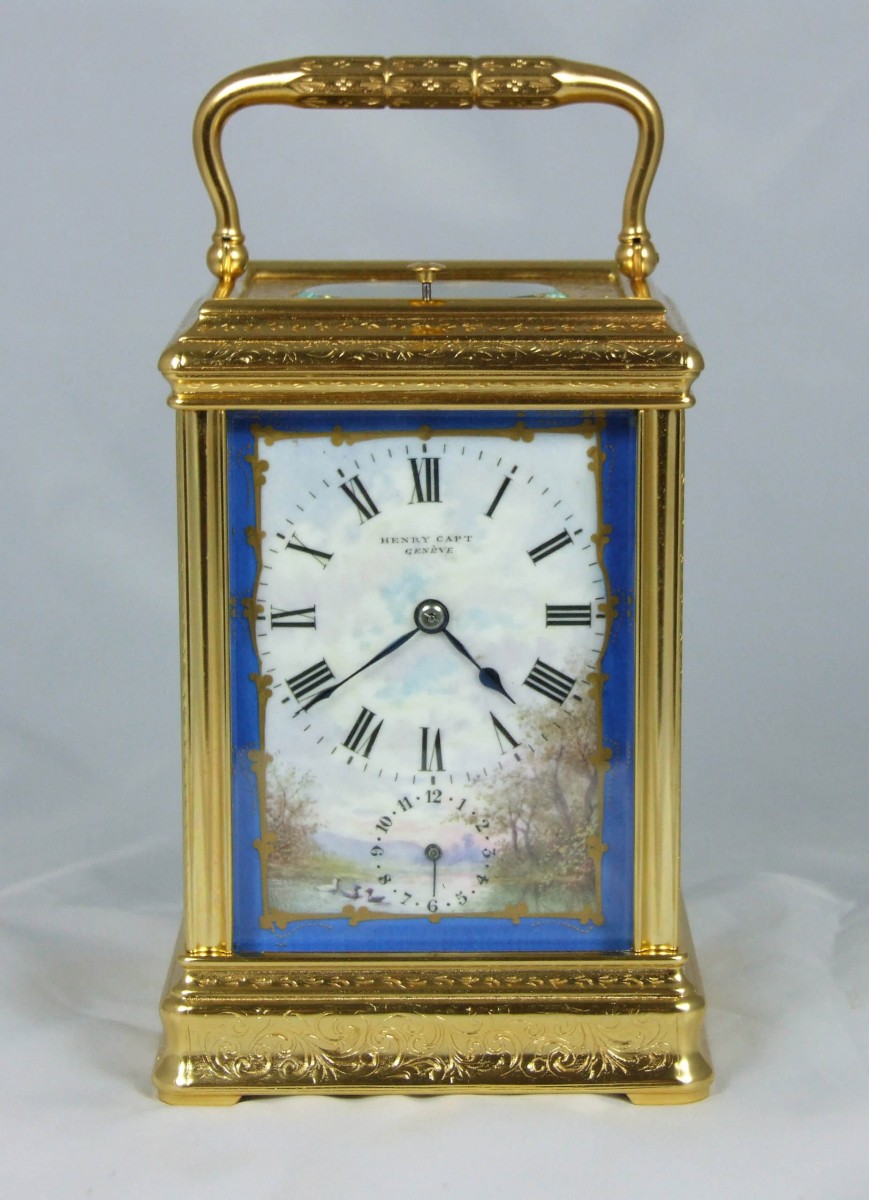 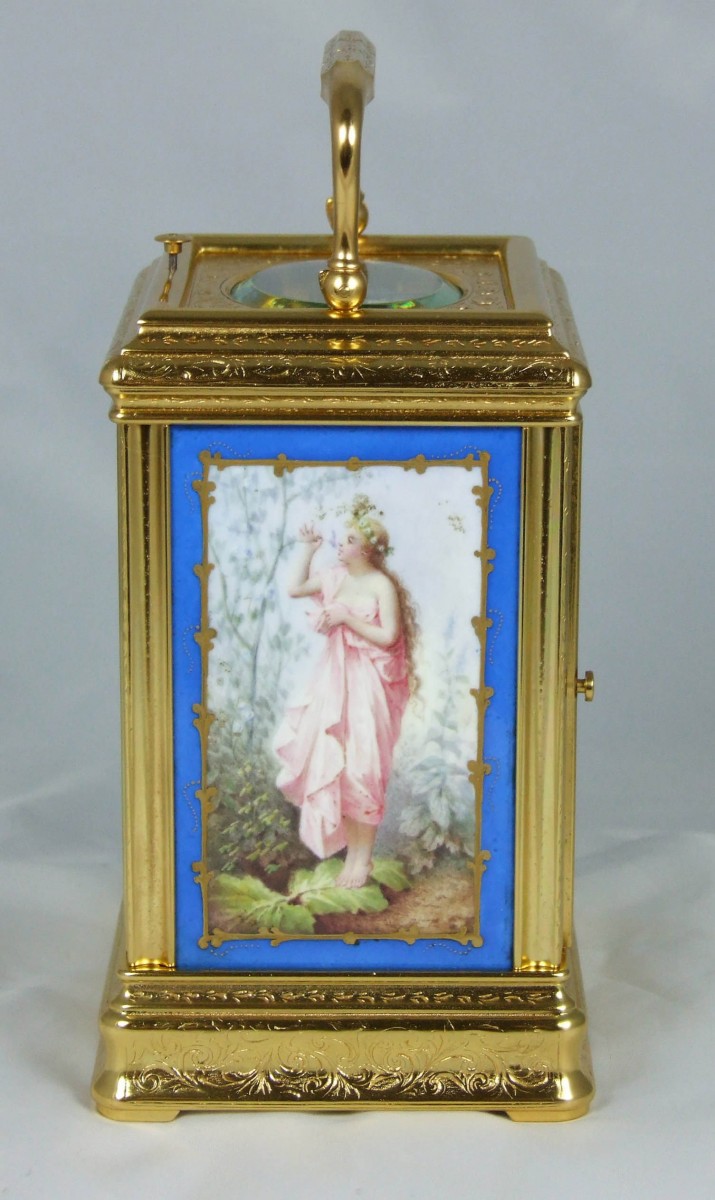 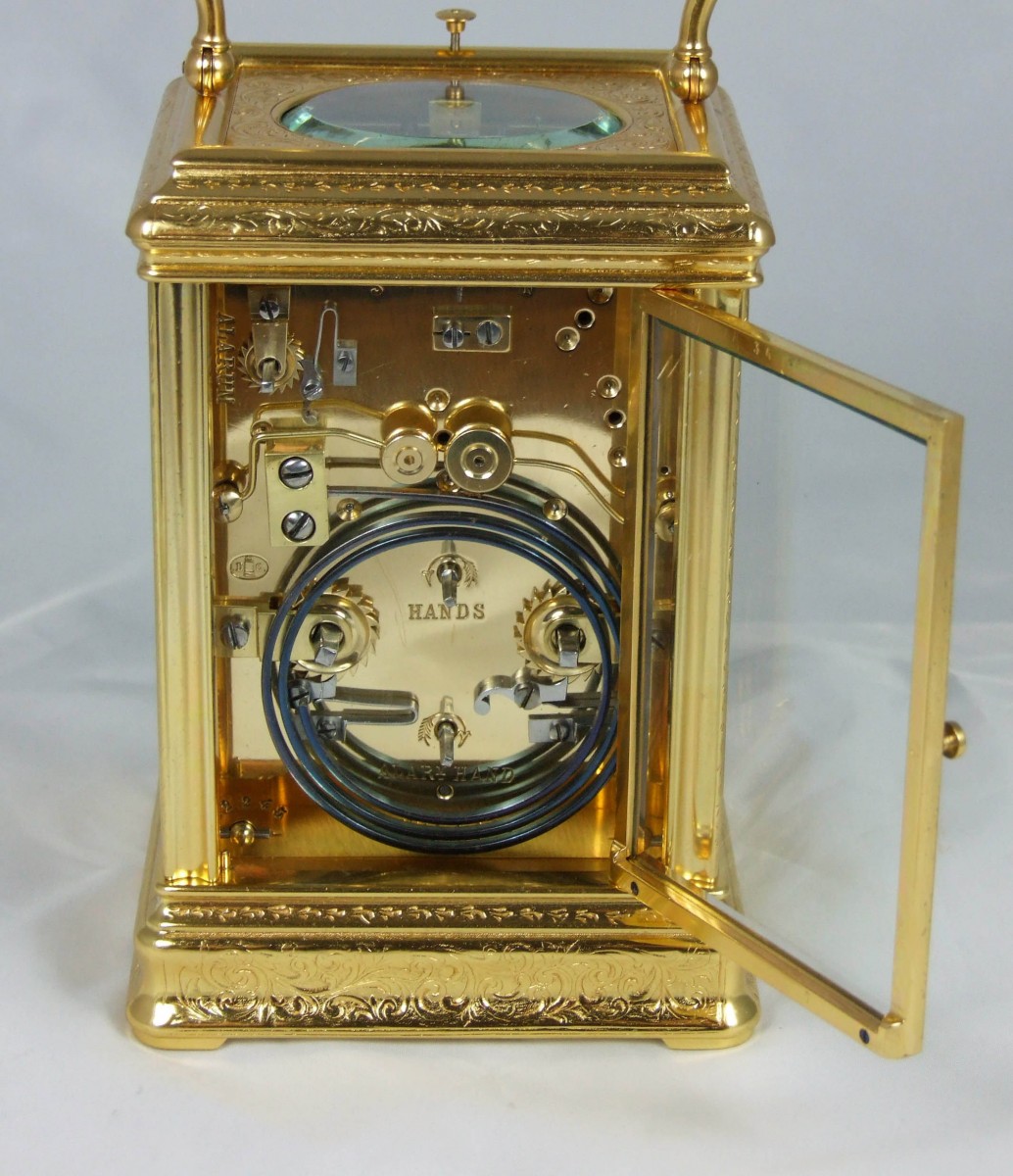 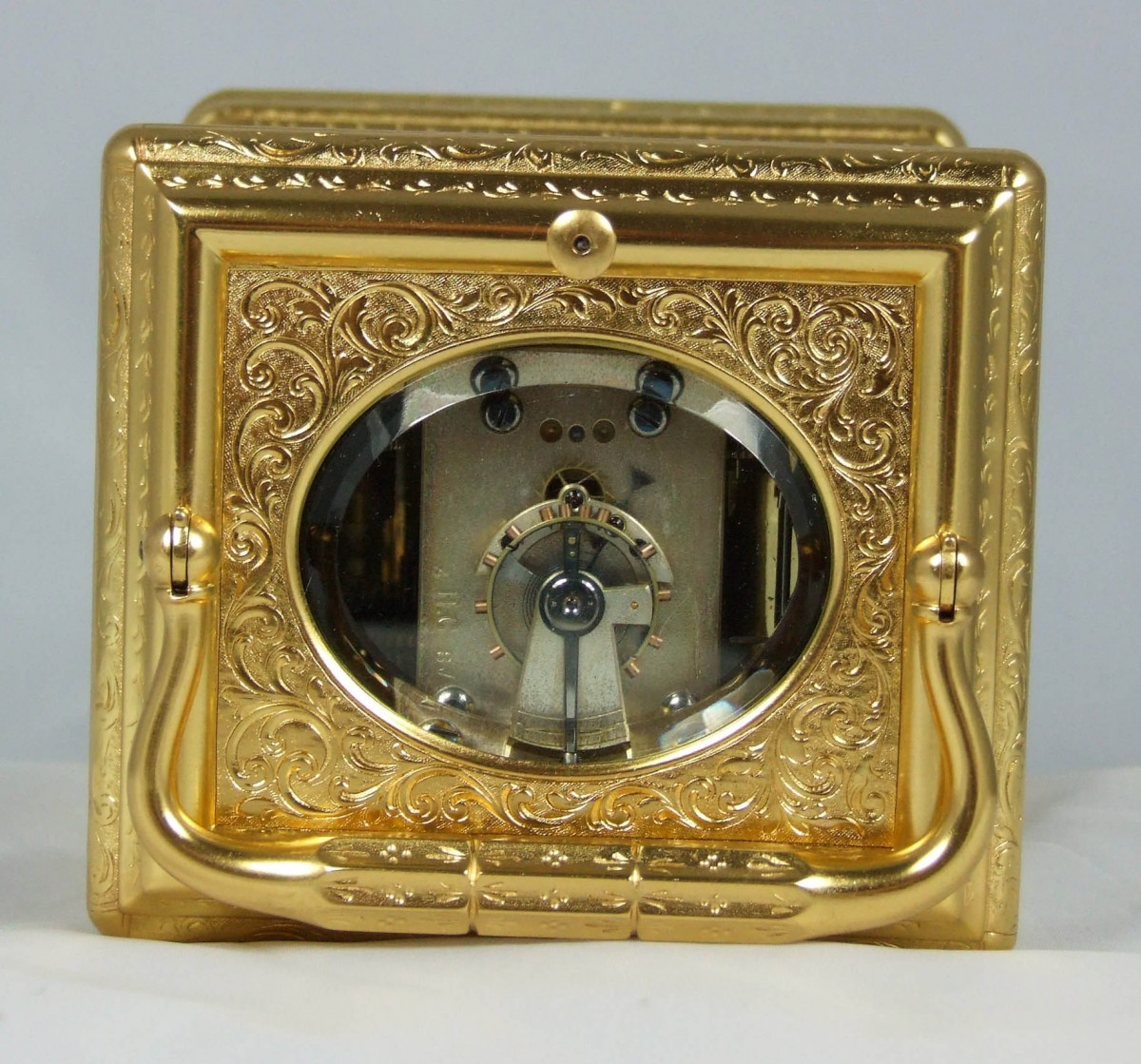